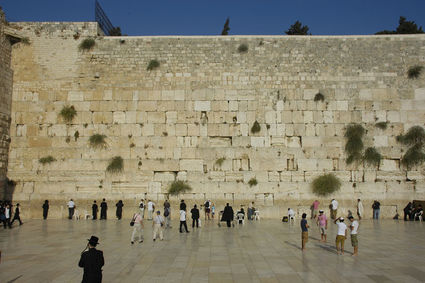 Palestinians and Arab Members of Knesset declared "victory" as Israel reversed security measures at the Temple Mount, adding that their struggle for control over the compound also extends to the Western Wall.

MK Taleb Abu Arar (Joint List) stressed that "Jews have no rights at al-Aqsa Mosque" and that the Muslims' fight against Israel will continue, regardless of the cabinet decision to remove metal detectors from the entrances to the Temple Mount compound.

"This is a proven fact, [even if] some people are trying to rewrite history in order to strengthen their mistaken claim to legitimacy over al-Aqsa Mosque, as well as to the occupied al-Buraq Wall (theWestern Wall), which Muslims demand to be returned to our sovereignty."

MK Masud Ganaim (Joint List) said the decision to remove the metal detectors, placed at the site following the murder of two policemen on July 14, was a "victory for the Palestinian public's struggle and the demonstrations."

Ganaim's declaration of victory closely matched views on the street in Palestinian cities in Judea and Samaria. One resident of a refugee camp south of Jerusalem told Tazpit Press Service (TPS) that Arabic-language traditional and social media were abuzz with the "triumph" over Israel.

"In general, and as I see in the Palestinian news and social media, Palestinians consider it as a triumph," said the individual, who spoke to TPS on condition of anonymity for fear of reprisals for "collaborating" by speaking to an Israeli media outlet. "The Israeli government changed its mind about the magnetometers and metal detectors after a huge popular pressure represented by the refusal of using them to get into al-Aqsa."

Another source, from a different region of Judea and Samaria, added that many Palestinians were angry at Jordan for agreeing to negotiate with Israel following what he called "the killing of the Jordanian man at the Israeli embassy." He also said that Palestinian society has been rife with conspiracy theories over the metal detectors since the crisis first surfaced.

"People saw the magnetometers as the beginning of Jewish dominance of al-Aqsa," said the second source, who also spoke on condition of anonymity. They also spread rumors about the cameras themselves, saying they would show the Muslims as fully naked and that Jews would then see Muslim women nude.

"Unfortunately," said the first man, who added that he enjoys close relationships with Israelis, including residents of Jewish communities in Judea and Samaria, "the Israeli message to Israeli society over all this is to understand the bitter truth: The Palestinians, the Arabs and Muslims will not accept the concept of sharing the Temple Mount between both Muslims and Jews.