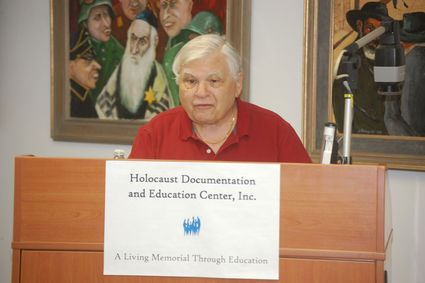 One year ago, the first "Bless Israel Summit"-a gathering of Central Florida churches, synagogues, and ministries who support Israel-was held in Orlando. It was an avenue for Christians to show their love and support for Israel. Event organizer Pastor Blake Lorenz had the vision to bring Christians and Jews together to celebrate their love for Israel. Now, on Nov. 19 the second "Bless Israel" event, titled "A Night to Bless Israel," will be held at the Rosen Plaza, 9700 International Drive, Orlando, from 6 p.m. to 8 p.m.

"I was so encouraged by the Bless Israel Summit that was held in November 2016, to see Jews and Christians standing together in support of Israel," said David Moldau, a member of the Jewish community. "Pastor Blake Lorenz put together the wonderful program and has organized one that will be even better this year. The love that permeated the room last year was inspirational."

Guest speakers at this year's event will be Steve Strang, CEO of Charisma Media, and Holocaust survivor Jacques Wiesel. Special music will be provided by Andy and Sarah Benedick and the L'Ahavat Tzion Band.

"I am honored to have been asked to speak, along with Jacques Wiesel, a Holocaust survivor," stated Strang, who will talk about the great heritage of Christian Zionism. He will also make the case why every Bible-believing Christian should strongly support Israel and Jews who want to make Aliyah.

Last year's guest speaker, Jonathan Feldstein, an Orthodox Jew who immigrated to Israel in 2004 and is a frequent writer for the Heritage, told the story of Koby Mandel and Yosef Ishran, two Israeli teenagers who were playing peacefully together and were stoned to death by a gang of Palestinians in 2001.

"It's been sixteen years since that horrendous day, and I applaud the committee for reminding us that the boys have not been forgotten and are still in the hearts and minds of all peace loving people," Moldau shared.

The proceeds from that event supported the Koby Mandel Foundation. 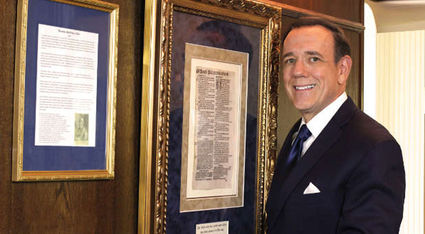 "The practical application of this event will be to help relocate poor Jewish families under persecution in areas like the Crimea and Ukraine to assist them to return to Israel through Ezra International, Cyrus, and Return Ministries," said Lorenz. "Our goal is to raise $50,000. Steve Strang has already raised $30,000!"

Recognizing the importance of this kind of united meeting, Moldau said, "I look forward to the outstanding speakers who will be coming this year. I hope our community will join me at this year's program and help Jews who live in countries where they are oppressed to make Aliyah to Israel."

The event is free and open to the public. Donations are welcome.

This is a non-proselytizing event by the Central Florida Christian community to bless Israel.