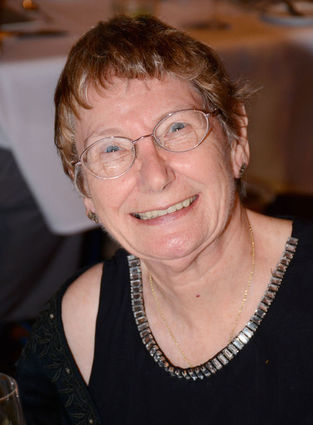 To many, Carolyn M. Sprung was a sweet, quiet woman who always had a smile on her face. Carolyn was active in her own right. She was a wonderful wife to her late husband Mickey and loving mother to her son, Bill, and daughter, Bonnie. She was born in Brooklyn, N.Y., on Dec. 10, 1936 to her parents, Beatrice and Soleman Joseph. Growing up she had a typical childhood: school, summer camp and helping out in the family business, a store called Stadium Stores Inc.

Carolyn graduated from Fairleigh Dickinson College in 1956 with an AA degree in merchandising. In 1957, Carolyn met her future husband, Mickey, when he stopped by her house to pick up his then girlfriend, but asked Carolyn for her phone number as he was leaving and three months later they were married. She gave birth to Bonnie in 1958, moved out to Wantagh, Long Island and in 1963 Bill was born. While her children were young, she was a stay-at-home mom. As they got older she went back to work in sales at various stores over the years. But all through the early years she was active in a nonprofit global Jewish organization that promotes education and training in communities worldwide called ORT (Organization Rehabilitation Through Training). She held a couple of positions on the board as secretary and president. She was also on a bowling league and played Mahjong at least once a week.

In 1973 Carolyn and family moved to Altamonte Springs, Florida. She continued with ORT and Mahjong for just a few more years. She also opened several businesses with her husband-a laundromat, dry cleaners, card and gift shop and a bar. Then became bookkeeper to Mickey's and Billy's businesses. Carolyn stayed current with change, so when personal computers became the thing, she jumped right in, along with smart phones and social media.

For at least 20 years she was active in helping out during elections, where she was an inspector. In 1997, Carolyn finally followed Bonnie in volunteering for the Orlando Fringe Festival, where she loved to help out in merchandise, venue captain, the Blue venue, and work Kids Fringe.

She lost her husband in 2005 and missed out on their 50th anniversary by one year and three months. During the marriage Carolyn and Mickey loved to travel, mostly taking road trips to many caves across the United States. For the past 12 years since Mickey has been gone, Carolyn stayed busy crocheting baby blankets for Project Linus and going to Silver Sneakers to stay in shape and keep her young. She then found Zumba, which she loved so much she went 4 to 5 times per week. In 2007, she beat breast cancer and was 10 years cancer free. But then in 2017 a new battle was at her doorstep, lung cancer. Carolyn lost this battle and not without a fight on Oct. 9th.

On Oct. 15th, a beautiful Sunday morning, she was put to rest beside her husband Mickey. She will be greatly missed. She loved butterflies and anything with butterflies. See a butterfly think of Carolyn.