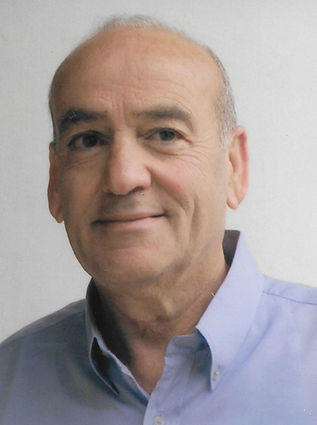 It could be argued that Israel might not exist today were it not for Eliahu "Eli" Cohen, who was executed as a spy in Syria in 1965-but not before passing on information that likely saved his country.

Over 50 years later, Avraham Cohen, is still trying to get his brother's remains returned.

Avraham Cohen, Eli Cohen's last surviving sibling, will be speaking at Nate's Shul as part of a larger presentation on the historical and ongoing issue. It's something he's been doing in Israel for many years, but abroad for only five, he said.

"I feel I have a mission and a duty to honor Eli's memory," he said. "It's painful to talk about, but I also feel it's a great honor to be his brother, and I feel a sense of warmth when I share his story."

When, in 1967, Israel dismantled Syrian guns on the Golan Heights as part of a preemptive strike, it was a mystery to most how they knew those weapons' secret location.

Few knew it was the work of Eli Cohen, a 41-year-old married father of two daughters and a son, and Israel's most famous spy, who had successfully penetrated the upper echelons of the Syrian government as an undercover Mossad agent.

The secrets he obtained proved crucial to Israel's victory in the Six-Day War.

"He had infiltrated the regime with such brilliance that he was being considered for the position of Syrian minister of defense," said Rabbi Yanky Majesky of Chabad North Orlando.

He was eventually discovered, captured, tortured and publicly executed, leaving behind a widow, three daughters and a son. His remains still have not been returned to Israel, despite many diplomatic attempts to ensure a proper resting place for "our man in Damascus."

Avraham Cohen said that even if his presentation inspires someone to try and apply pressure on Syria to return the remains, he holds little hope of such a development, since "in recent years, there really has been no Syria; no one to talk to over there," and few with a sympathetic ear.

In the days between Jan. 8 - 11, 2018, Avraham Cohen will tour Central Florida and visit five Chabad centers to retell the amazing story of his brother - Israel's greatest spy.

"Cohen will reveal behind the scenes insight into Eli Cohen's story," said Majesky. "He will share his family's experience as well as the ongoing struggle to have his brother's remains returned to Israel."

Before retiring in 2009, Avraham Cohen was the senior economist for the industrial development bank of Israel, in charge of feasibility studies for the electronics, high-tech and defense industries. He now volunteers with the Weizmann Historical Archive and is active in the Association for the Preservation of the Legacy of Eli Cohen.

The tour schedule is as follows:

To reserve seats and purchase tickets or for more information please contact the location nearest you.