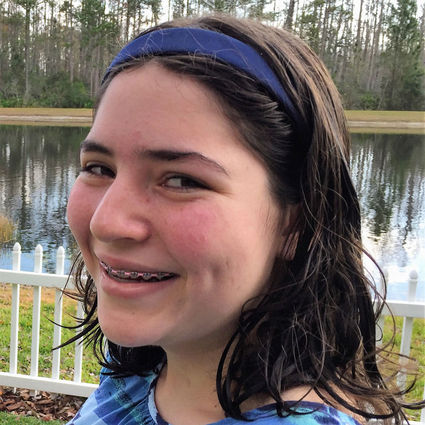 Kathryn "Katie" Rose Botwinik, the daughter of Steven and Nikki Botwinik, will be called to the Torah as a bat mitzvah on Saturday, March 17, 2018, at Congregation Beth Am in Longwood.

Katie has been homeschooled since kindergarten, and is in seventh grade. She is an avid reader and aspiring writer. She wrote an original musical called "The Bad Apple," which she then produced, directed, and performed with her friends. At the moment she is editing her first book, a fantasy story for middle grades. Katie loves to sing and to perform with Magic Curtain Productions' Junior Troupe, a theater competition troupe that has performed at Disney and in statewide competitions. Like her older sister, Anne, she is a longtime Girl Scout who loves community service projects, camping, and hanging out with her friends. She is also a brown belt in Seido Karate with her younger brother, Aaron. Katie's goal is to publish her current book and eventually become a best-selling author.