Beneath the surface: The untold story of Americans unearthing Israeli archaeology 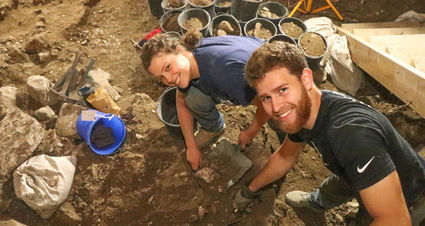 According to historian and Deputy Minister Michael Oren, it depends who you ask.

Speaking at a June 10 Jerusalem event celebrating the opening of the "Seals of Isaiah and King Hezekiah Discovered" exhibit at the Armstrong International Cultural Foundation in Oklahoma, as well as 50 years of archaeological collaboration between the Armstrong Foundation and Israel, Oren said that in Jerusalem, archaeology serves as a tool for proving the Jewish people's roots in the land.

"By digging down into the earth of the holy land and finding our answers in there, we established our roots here and showed...v we're not interlopers or migrants, we're not survivors of the Holocaust that Europe dumped here," as even Palestinian leader Mahmoud Abbas claimed as recently as a month ago. "We are indigenous people."

Archaeology, said Oren, is key to "our validity, legitimacy and security... Archaeology is not just about revealing the past. It is about acquiring the present and ensuring our future."

Oren said this notion rings especially true with the most recent findings of Hebrew University biblical archaeologist Eilat Mazar: The seals of Hezekiah and Isaiah.

In a rare public speech, Mazar explained the significance of the 2,700-year-old royal seal impression of King Hezekiah and the purported seal of the Jewish prophet Isaiah, both foundational pieces of the Oklahoma exhibit. The seals were found 10 feet away from each other in the same layer of soil in 2009 and are dated to the eighth century.

The Hezekiah seal, upon which it is written, "Belonging to Hezekiah [son of] Ahaz, King of Judah," is the only seal impression belonging to an Israelite or Judean king ever found in a controlled scientific excavation.

It took several years for Mazar to complete her studies of the findings. The seal of Isaiah was only reported this year because Mazar and her team had difficulty interpreting it.

There continues to be debate as to whether the seal really belonged to the prophet. But Armstrong Foundation founder Gerald Flurry said he believes there's no question about it. He said the seal dates to precisely the time the prophet was alive in Jerusalem; it was found near the royal Ophel area, where Isaiah served. Hezekiah and Isaiah are mentioned together in the same biblical verses 16 times.

"Let the stones of Hezekiah and Isaiah speak," said Flurry. "They have a thundery voice of hope."

The June 10 event was the first time the seals were open to the media. They were on display via live video from the Armstrong Auditorium in the city of Edmond, Oklahoma.

'All kinds of evidence'

The partnership between the Armstrong Foundation and Mazar goes back 50 years, to Mazar's equally well-known grandfather, archaeologist Benjamin Mazar, who was commissioned by Israel in 1968 to run Hebrew University's massive archaeological dig near the Temple Mount.

At that time, Herbert Armstrong, an ambassador of the Worldwide Church of God, and Mazar came into contact.

According to Brad Macdonald, curator of the "Seals of Isaiah and King Hezekiah Discovered" exhibit, Armstrong and Benjamin Mazar struck up a friendship, and Armstrong started sending students to volunteer on the excavation. Ultimately, hundreds volunteered, and the excavations were supported by Armstrong financially for almost 10 years.

When Armstrong died in 1986, his successors abandoned his legacy until in 1989, Gerald Flurry, an Ambassador graduate and Worldwide Church of God minister, opened the Philadelphia Church of God to continue Armstrong's legacy. In 1996, he established the Armstrong's Ambassador International Cultural Foundation and then Herbert Armstrong College.

Flurry got in touch with Mazar in 2005 after she started digging in the City of David. In 2006, Flurry sent two college students. Macdonald said it went so well that since then, more than 50 have been sent by Armstrong College to Jerusalem to work on Mazar's excavations. The students comprised most of the laborers on Mazar's most recent dig, which was also fully funded by the foundation.

Together, Mazar and the students unearthed evidence of King David's palace, King Solomon's royal quarters, the governor Nehemiah's wall, the seals of two Judean princes mentioned in Jeremiah 37, and most recently, the golden Menorah Medallion and bronze coins.

Mazar said she remembers when the students supported her grandfather's work.

"I was 10 or 11 at the time, and I used to go into the field and talk to them, which helped me learn English," she said. "They were so enthusiastic, really amazing-just like they are now when they come to my excavations. Nothing has changed."

Because the Herbert Armstrong College students helped Mazar uncover both the Hezekiah and Isaiah seals, the foundation was granted the honor of hosting the artifacts' world premiere, said Macdonald. The exhibit will be open in Oklahoma until Aug. 19 and then the artifacts will return to Israel.

Flurry said the exhibit is the "story of repentance, redemption and national salvation. It is the story of how God, through a remarkable king-prophet alliance, saved a city and its people from terrorism, war and conquest. It is the ultimate story of hope."

Macdonald said the archaeological exhibition will illuminate how Jerusalem avoided annihilation at the hands of the Assyrian army at the end of the eighth century BCE. He said he hopes the exhibit will "bring biblical history to life and connect people to their roots, allowing the past to empower the future." 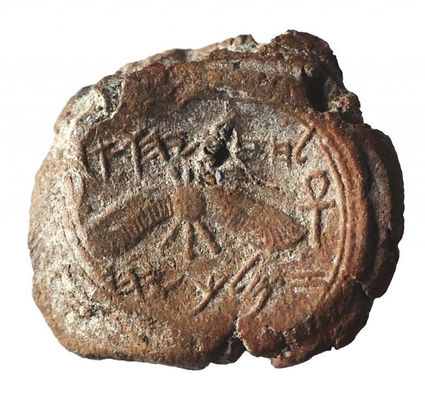 He also noted that for him, these findings are among a long list of artifacts found that directly relate to the Bible and prove to him its validity.

"In archaeology, there is all kinds of evidence the Bible is true," said Macdonald.

Mazar said she's not quick to jump to conclusions. While one might consider the Bible a historical source, she said that when an archaeologist starts digging, "you must put aside what you think you know because when the artifacts are found, they will teach you what you need to know. You cannot force your own ideas on them."

Still, her team found Hezekiah's seal. And she said "you cannot argue with that."

Mazar added that "the result of my work is that such a huge percentage of the Bible turns out to be accurately described. The power of archaeology is that you have tangible evidence."