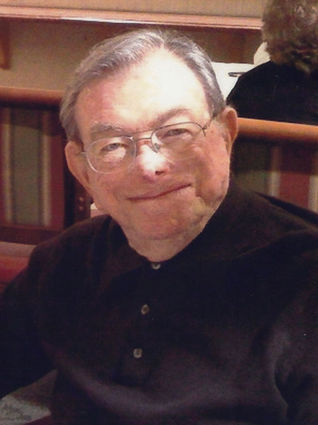 Starn had journalism in his blood at a young age. When he was 14, Starn published the Hobby News, a neighborhood "scandal sheet." At 17, he was editor of the Voice of South High. While in college at Ohio University in Athens, Ohio, he originated a Cinderella Ball, featuring Alvino Rey's Orchestra. He was also instrumental in starting WOUB-AM/FM, the campus area radio station, which thrives today.

After being drafted into the army during WWII, Starn was trained as a tank mechanic.

"On arrival in New Guinea, he was informed that he was now a refrigeration mechanic. Something he knew nothing about! Being Gene, he figured it out!" said his nephew Joel Kresner.

At 32, Gene and his wife, Elaine, moved to Denver, Colorado, and opened ALWESCO, which grew into a prosperous wholesale decorative building material distributor. After selling the business, Starn, now 50, and Elaine retired to Orlando to golf, play tennis and help care for Elaine's mother.

Instead of retiring, the Starns (always a team) combined Gene's journalistic heart and his savvy business acumen to found the Heritage Central Florida Jewish Newspaper on Aug. 27, 1976. At that time, the paper covered Central Florida to both coasts. Starn wanted to provide the Jews of Central Florida information about what was going on in the Jewish world, both at home and worldwide.

"They often joked about how the masthead should have a NY Times-style box reading 'All the Jews that's fit to print,'" said Kresner.

After six years of growing the paper, they sold it to Jeff Gaeser, who dropped the "Central" from the masthead.

"He taught me about the Jewish newspaper publishing business and later about the stock market when we formed a stock-buying club," said Gaeser. "I learned a lot from him over the years."

Once again Starn retired, but continued to write a weekly column for the paper. Today the paper is bigger and growing, and Starn is prominently credited as editor/emeritus.

At 66, Starn founded the Orlando Jewish Genealogical Society and became the coordinator for worldwide Romanian and Polish special interest groups.

At 77, the Starns retired again and moved to Delray Beach, Fla., however, he couldn't stay retired. Always ready to help a Jewish cause, Starn became public relations director for the Judaica Music Rescue Project at Florida Atlantic University, aiming to reclaim all the Jewish music, performers and composers ever made.

By the time he was 80, Starn felt it was time to slow down. "Stop and smell the roses and enjoy life's relaxing moments." That didn't last long. When Starn moved to La Posada in Palm Beach Gardens to retire permanently, he started a weekly newsletter to keep the residents informed and also to provide a forum for him to vent his opinions!

Still active at 90, in 2014, Starn started teaching a class in memoir writing. He sponsored a weekly Sunday at Sundown program of conversation, pizza and bingo for fellow residents.

Starn met many famous and infamous people along the way, but cherished most the dear friends and relatives he got to know during his lifetime. But always above all, was his love for Elaine.

Sid Davis of Bethesda, Md.-a former NBC Washington Bureau chief White House correspondent, award-winning journalist, and friend of Starn for more than 70 years-lauded Starn as a great friend and mentor during their early days at WKBN. He expressed great sadness hearing of Starn's passing. Davis, as a young reporter, witnessed the assassination of President John Kennedy and was on the plane to Washington, D.C., with first lady Jackie Kennedy and Lyndon B. Johnson's swearing in. Davis said he had one date with Elaine, but intimated that Starn won out.

Gene Starn's family would like to thank the La Posada staff and management and all the caregivers. Special thanks to chief watchdog/caregiver Erin Britten and last, but not least, "caregiver extraordinaire," Linda Mitchell, West Palm Beach.

There will be a military funeral at 11 a.m. on Aug. 13, 2018, at Bay Pine National Cemetery, St. Petersburg, Fla. Donations in Gene Starn's memory can be made to Trustbridge Hospices, trustbridge.com and/or the Jewish Genealogical Society of Greater Orlando, jgsgo.org

* The spelling Stern is correct.

Gene was a wonderful, kind, generous mensch. We will always remember him. Faye & Paul Jeser