Federation celebrates 70 years, looks ahead to next 70, at Annual Meeting 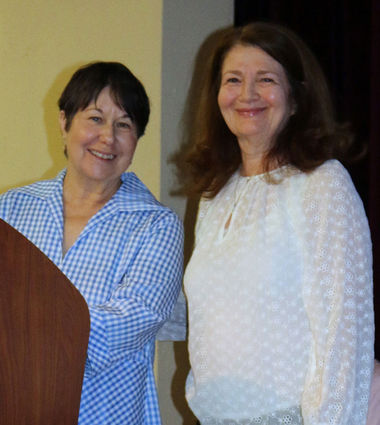 "Leadership" was the word of the day when friends and supporters of the Jewish Federation of Greater Orlando gathered Aug. 5 for the nonprofit's 2018 Annual Meeting.

New leadership for the Federation Board of Directors was approved, 10 newly minted Bornstein Leadership Development Program graduates were introduced, and four of the community's outstanding Jewish leaders were honored with awards during the event on the Maitland Jewish Community Campus.

The program was emceed by board members Jeannie Leavitt and Ming Marx.

In a unanimous vote, the following individuals were elected to serve as officers of the Federation board for the 2018-2020 term: President: Brad Jacobs; Vice President: Ming Marx; Treasurer: Danielle Krise; Secretary: Carol Feuerman

At-large board member Yeosh Bendayan was elected to another term.

Rhonda Forest will assume the role of immediate past president upon completion of her current role as JFGO's acting executive director.

In his 2018 President's Report, Jacobs announced that the Federation, working in conjunction with The Roth Family JCC, is launching a community-wide demographic study and needs assessment.

"This will be the first comprehensive analysis of our Jewish community in more than two decades," Jacobs said. "The study is being funded exclusively by donors who are enthusiastic about vision planning and our future."

Jacobs also reported that JFGO's Campus 2020 Debt Retirement Campaign remains on track to eliminate the Maitland campus debt by 2020. As of August, the debt stands at $2.8 million, he said, compared with $5.8 million when the campaign began. Federation is still working on the sale of a vacant campus building to a memory-care facility. That sale is now in the contract stage, he said, and a completed sale would significantly reduce the remaining campus debt.

Jacobs also went into detail about JFGO's programmatic activities in the community over the past year as outlined in the Federation's 2018 Impact Report. A copy of the report is online at http://www.jfgo.org/impact.

As previously announced in the Heritage, Roz Fuchs was honored as this year's Human Service Award winner. In presenting the award, last year's honoree, Sara Stern, outlined Fuchs' myriad accomplishments in service to the Greater Orlando Jewish community, including her work spearheading the successful 2017-18 Kehillah exhibit at the Orange County Regional History Center.

Loren London was the winner of this year's Jerome J. Bornstein Leadership Award in recognition of the decades of volunteerism and fundraising she has done for the Federation and for the wider community. London was the driving force behind the creation of Choices, which has become JFGO's largest annual fundraiser. Another of London's signature accomplishments, the RAISE work and social-skills program for adults with special needs, continues to have a growing impact on Jews and non-Jews in Orlando.

Presenter Forest lauded London "for all she has done to lift up, inspire and empower so many," adding that "RAISE has created the culture of inclusion and acceptance that was Loren's goal from Day One."

This year's Jewish Communal Professional Award was presented to Eric Lightman and Robby Etzkin, executive directors of the Rosen and Roth Family JCCs, respectively. Lightman accepted on behalf of both men. (Etzkin was unable to attend due to an out-of-state commitment).

Lightman and Etzkin were honored for their collaborative work in creating the Israel Independence Day Celebration in April at Lake Eola Park in downtown Orlando.

"Thanks to the inspiring work of these two men, we are already talking about creating more events that expand our reach beyond the Jewish community," Forest said, "inviting all of our Orlando neighbors to learn more about who we are, what we believe, and what we have in common." 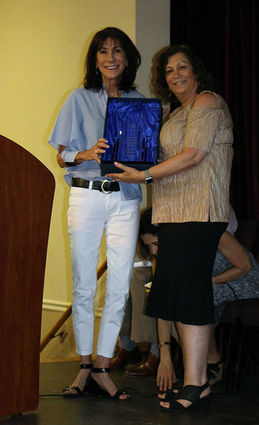 The final segment of the meeting was devoted to a discussion about JFed, a group composed of community members and board members of JFGO and The Roth Family JCC that has been meeting regularly to discuss and evaluate potential areas of collaboration between the two organizations. The group's leader, who also led the Annual Meeting discussion, is Dick Appelbaum.

Appelbaum said the JFed discussions, which have been taking place for several months but ramped up in early 2018, have been productive, and the group has identified some areas that are suitable for collaboration between the two organizations, such as marketing and some office staff management duties. Appelbaum said the possibility of a full merger between the Federation and JCC has also been discussed in detail, although such a major undertaking would require the approval of both organizations' boards and would likely be a years-long process.