Forget the crunch-try these creamy potato latkes for Chanukah 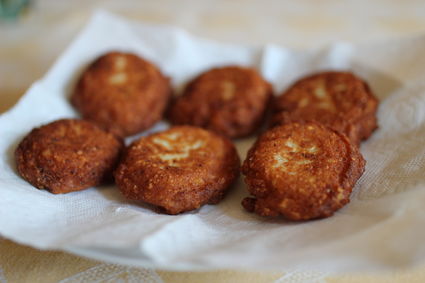 (The Nosher via JTA)-Each Jewish holiday has its iconic food: For Passover it's the symbolic matzah; for Rosh Hashanah it's sweet honey and new fruits. For Purim we get the delectable hamantaschen; and for Chanukah it's oil. That purified olive oil, used to rekindle the iconic seven-branched candelabra that was eternally lit in the grand Temple in Jerusalem, has shown up in modern times in our Chanukah lamps and in our foods.

Jews from North Africa traditionally ate some form of fried pastry or doughnut filled with fruit or coated with honey and sugar. In Israel, expect to see bakeries filled with flats and flats of sufganiyot, fried doughnuts filled with jam, for weeks before the start of the eight-day holiday of Hanukkah. But in the United States, while jelly doughnuts have grown in popularity, some sort of fried pancake is still de rigeuer.

In our home, we eat what our Polish-born grandparents ate: potato latkes. Generally they are the classic ingredients: grated russet potatoes and onion, bound with matzah meal and egg, seasoned with salt and pepper, and fried in vegetable oil. We never use schmaltz, the chicken or goose fat that was often used in Eastern Europe because of its ubiquity and low cost. We would like to! But we feel guilty enough eating any sort of fried food. Cooking our potatoes in schmaltz, while delicious, is simply a bridge too far.

But still, even within my own family, there is a latke schism. Yes to potatoes. Yes to vegetable oil. But it's the texture of those potato delights that causes the great divide. I like a crunchy latke, while my sisters prefer creamy. The difference between the two? How they're prepared and processed-on a coarse or fine grate.

For a potato pancake that while crisp on the outside is memorable for its creamy texture within, and that requires lots of oil-a tip of the frying pan to Maccabean times-try my sister Cheryl Schildkraut's simple recipe for potato latke straight from my family's treasure trove of Eastern European foods.

1. Peel and quarter potatoes and onion.

2. Divide into 3 batches and place in a food processor fitted with a stainless steel mixing blade.

3. Process each batch until there are no visible chunks and the mixture is smooth. Do not overprocess.

4. Drain mixture using a sieve placed over a large bowl. Press down gently to release liquid.

6. Pour 1/2 inch of vegetable oil into 12- or 13-inch frying pan and heat on medium until the oil shimmers.

8. Fry until brown on one side-about 3-4 minutes-and turn over and fry the second side until brown and crisp.

9. Place the browned latke on a plate lined with paper towels to absorb the excess oil and repeat steps 8 and 9 until the mixture is all used.

10. Serve with applesauce and sour cream if desired.

Rachel Ringler is a museum docent, challah instructor and cook who has strong feelings about the important role food plays in life, in family and in community. Her twitter handle is @rachelringler.