Carol Channing, the original star of 'Hello Dolly!,' dies at 97 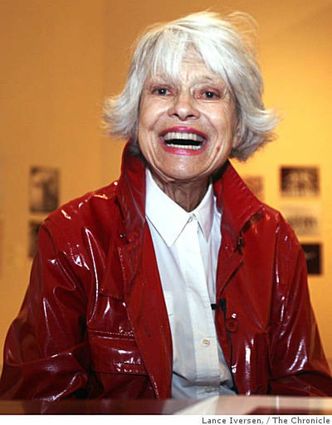 (JTA)-Actress Carol Channing, who originated the starring role in "Hello Dolly!" on Broadway and won a Tony Award for her portrayal of the boisterous widow, has died. She was 97.

Channing was the daughter of a Jewish mother and a Christian father and identified as "part Jewish." At 16, she learned that her father was multi-racial, with an African-American mother and a German father.

She wrote in her memoir of her five-year marriage to her first husband, Theodore Naidish, that she learned to speak fluent Yiddish from his grandfather, Sam Cohen, who lived in Brooklyn's Brighton Beach.

The Seattle native first became a star playing flapper Lorelei Lee in the 1949 production of "Gentlemen Prefer Blondes," where she sang the iconic "Diamonds Are a Girl's Best Friend."

Channing played Dolly Levi in "Hello Dolly!" winning the Tony in 1964. She played the role for the last time in a 1995 revival. Barbra Streisand was Dolly in the 1969 film version and Bette Midler also won a Tony for her portrayal in the 2017 Broadway revival.

Channing was recognized with a Lifetime Achievement Tony Award in 1995 and was inducted into the American Theatre Hall of Fame in 1981. She made guest appearances on many television shows including "Sesame Street," where she performed a parody of "Hello Dolly" called "Hello Sammy," a love song to the Jim Henson character Sammy the Snake.

She died Tuesday, Jan. 15, of natural causes just days before her 98th birthday. Channing was married four times and has one son.