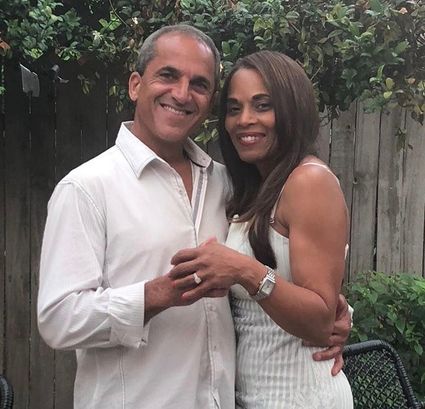 (To replace love & sex since I became a widow, I found chocolate, sleeping and sitting, in that order!)

Mazel tov to ARTHUR and PATRICIA (Trish) PINES on their recent marriage. These are two loving, wonderful people who deserve each other. They have always been very kind to me. I know Arthur for many years through my friendship with his mom, DORIS PINES. I met Trish some years ago at one of their family events. (True, Trish is very pretty and I can't handle competition, but I love her anyway and wish them much happiness!

Also, Mazel tov to Doris's lovely granddaughter, ALANNA WOLFE on becoming engaged to a great guy, TROY LIPSCHUTZ, (Again, Alanna is too beautiful to be around for me, but I wish her much happiness with her wonderful guy and this wonderful family!

Israel can cure the world!...

(I truly believe that, what, with all the advances they've made curing major diseases and health conditions!)

I recently read this in the World Jewish Congress digest and pass it along to you:

"As reported by the Times of Israel, Israeli startup PulseNmore LTD is in the final stages of developing a revolutionary device that can connect to any smartphone, display ultrasound images on its screen and then send them to a doctor.

The invention could revolutionize ultrasound testing and the frequency with which expectant mothers can check on their unborn child, according to Prof. ISRAEL MEISNER, head of the Obstetric Ultrasound Unit at Rabin Medical Center in Petah Tikva.

'The new development has one big advantage, which is a calming effect,' Meisner said. 'Women sometimes don't feel movement, call their doctor and are told to go to an emergency room. Here there's the option to put a phone on her stomach and see her baby. To prevent misunderstandings: this is not an ultrasound to check for defects or pregnancy measurements,' he said, ' This is a device with the sole purpose of calming a woman down, to give her the chance to see her fetus, connect to it when she is stressed, and understand that it is looking okay.'

PulseNmore says its device, which has been successfully tested in the United States, can be used for up to 25 ultrasound checks and will retail at around $190 once it receives certification from the Israeli Health Ministry."

(This doesn't concern me as I'm never remarrying. I don't want to become pregnant!)

On March 28, 1932, the first Maccabiah Games were held. This series of athletic competitions for Jews throughout the world is held in Israel every four years. Named for the Jewish warrior Judah Maccabee, the games were born out of various sports clubs that existed in Eastern European countries in the late 1800s.

On April 14th at 2 p.m. in the JCC Senior Lounge, the movie "Prince of Egypt" will be shown. Refreshments will be available.

This is a reminder that the movie "Hava Nagila" will be presented by co-President SHELDON BROOK.

The event starts at 1 p.m. in the JCC Senior Lounge. Complimentary refreshments will be available after the performance.

Getting fit at the Maitland JCC...

(Okay, I know what your thinking... here she goes eating out again. But if you tasted my cooking you would understand!)

I am grateful for the attention to my comfort at the Metro Diner in Casselberry by temporary manager, TROY RICE, who also works at the Kissimee restaurant. And, of course, by the terrific service of my waitress, JENN COOPER.

(She took all the calories out of my order!) 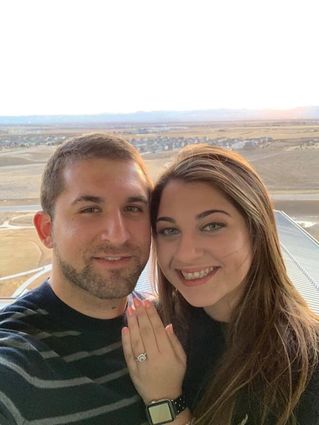 It's Daniel and Rivkah's 50th wedding anniversary (mazel tov) and to celebrate, their son Aaron invites the close family to a Golden Wedding dinner at his house.

During the evening, Aaron gets very emotional every time he hears his dad call his mom by such endearing terms as 'darling,' 'petal,' 'sweetheart' and 'my lover.' It's clear to Aaron that his parents are still very much in love.

While Rivkah is out the room, Aaron goes over to his father, kisses him and quietly says, "Dad, I'm so pleased for you both. I think it's fantastic that after 50 years you're still calling mom by those loving pet names."