World-renowned expert on the Dead Sea Scrolls to visit Orlando 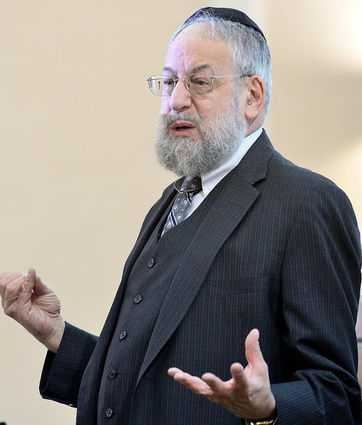 The Dead Sea Scrolls are manuscripts that were discovered between 1947 and 1956 in 11 caves on the shore of the Dead Sea. These caves were located in Jordan until the Six Day War of 1967 when they came into the possession of Israel. Carbon 14 dating and paleography (the study of the scripts) have determined these scrolls to be about 2000 years old. While some of the scrolls were quite long, most of them have only survived as fragments.

Below the caves on the plateau is the settlement of Qumran. This building complex housed the people who, most scholars believe, collected the scrolls. They are most often identified with the Essenes, a Jewish sect known from ancient historians. It is estimated that the sect inhabited this site from about 135 BCE to 68 CE.

The contents of the scrolls can be divided into three sections: biblical books, other literature of Second Temple times, often called apocryphal or pseudepigraphical, and the literature of the sect itself. In addition, Tefillin and Mezuzot found at Qumran contain small rolled up manuscripts placed inside their cases. A few fragments were written on papyrus, and some texts appear in Greek or Aramaic, although the larger part is in Hebrew. Linguistically, the Hebrew of the Qumran sect represents a dialect that only they used. The scrolls contain many literary genres.

On Sunday, May 5, at 7 p.m., Lawrence H. Schiffman, professor of Hebrew and Judaic Studies at New York University will be visiting Nate's Shul in Longwood to give a lecture on the Dead Sea Scrolls.

Prof. Schiffman is a specialist on the Dead Sea Scrolls and has published many books and hundreds of articles, appeared in numerous TV documentaries and lectured around the world about these ancient manuscripts.

The Dead Sea Scrolls are important to the history of Judaism in that they are a snapshot of what Jewish law and belief were like in the immediate post biblical period. They also illustrate the origins of mysticism, apocalypticism, and messianism, seminal ideas that were carried forth in later Rabbinic Judaism and into the Christian milieu of the New Testament. Through their biblical scrolls, we can observe the role of local texts, the sources of ancient translations, and the process of standardization. Their use of the Hebrew language is a goldmine for an understanding of the linguistic development that took place between the end of the Bible and the Mishnaic period. The Dead Sea Scrolls truly afford a glimpse into the development of Western religion in these most formative years. 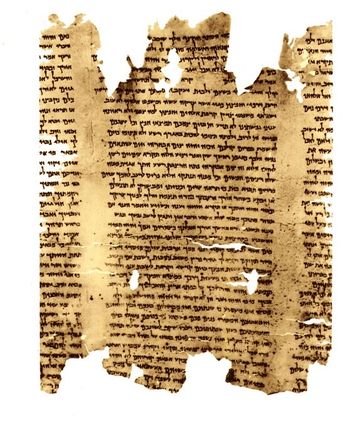 A portion of a Dead Sea Scroll

The scrolls could also help us clarify our own relationship to the Land of Israel. As with every major archaeological find in Israel today, the discovery of these ancient scrolls bind contemporary Jews to their past through the land for it was there that so much of ancient Jewish history took place. As archaeology rediscovers the past, it is also creating the present. The issues that the Dead Sea Scrolls raise-God, Torah, Messiah, holiness-still powerfully resonate as the modern state of Israel gropes towards its own identity.

Sponsors: $180 (Includes private dinner for two with Prof. Schiffman prior to the lecture)

For more information or to make a reservation please visit http://www.JewishNorthOrlando.com/DeadSeaScrolls or call 407-636-5994.

So significant our petty talk would be millenniums hence, that we should jot down trivia, as scribes did millenniums ago. - Boghos L.Artinian