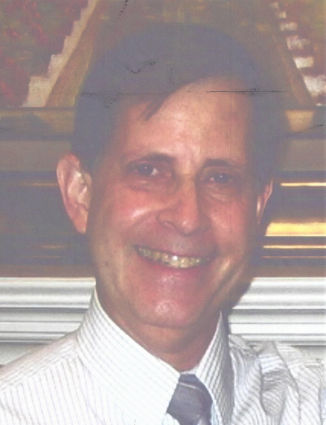 He met his wife, Susan Ann Weisman, in his office and they were wed on Jan. 5, 1975, at Temple Israel in Orlando, where they were members for many years. They were also long-time members of Congregation Beth Am in Longwood and the Jewish Community Center in Maitland. Through the Sherwood and Susan Weisman Family Children's Scholarship Endowment Fund, the couple supported the pre-school students at the JCC and students at the Hebrew Day School (now Jewish Academy of Orlando). This fund was established in memory of their parents.

Sher, as he was known to friends, had a good sense of humor even though he couldn't remember a joke. He lived his life according to the golden rule that you treat each person how you would like to be treated. He tried to conform to Rotary International's Four Way Test. The test can be applied to almost any aspect of life: Is it the truth? Is it fair to all concerned? Will it build goodwill and better friendships? Will it be beneficial to all concerned?

Sher was a Diplomate and Fellow of several Podiatric boards. On May 31, 2007, Sher was appointed by Gov. Charlie Crist to the Board of Podiatric Medicine (for term ending July 2013).

He served as president of the DeBary-Deltona Rotary Club 1980-81. Both he and Susan were Paul Harris Fellows. He received numerous awards through his years in Rotary. In September 2010, Sher received the District Governor's Citation in recognition of his unselfish service to the DeBary-Deltona Club and was Rotarian of the Year 2006-07. On June 29, 2018, Sher was presented the 2017-18 Presidential Award.

Sher was in private practice for many years in Deltona and DeBary. He was the second podiatrist in the city of Deltona. In December 2013 he joined the Care Team of CFP Physicians Group in Casselberry.

Sher is survived by his wife, Susan; his daughter Katie VanBrunt and her husband, Blake, a lieutenant and medical officer in the U.S. Navy; grandchildren Emmalyn, Adelaide and Alexander; sister, Ann Reva Jacobson of Houston, Texas; and many nieces, nephews and cousins.

Sher wanted all his family and friends to know that he appreciated your friendship through the years and was thankful that Susan agreed to be his wife. She was a wonderful wife, mother and grandmother. He is proud of Susan who helped many people throughout her long career at Walt Disney World. He is most proud of his daughter, Katie, and her husband, Blake and their children. He deeply loved his sister Ann for all of her accomplishments, community service and kindness.

For those who wish to make a donation in Sherwood's memory, one suggestion is to the Susan and Sherwood Weisman Family Children's Scholarship Endowment Fund (est. 12/20/1998 for the benefit of the pre-school children at The Roth Family JCC and the Jewish Academy of Orlando) c/o TOP Jewish Foundation, 13009 Community Campus Drive, Tampa, FL 33625; or to a charity of your choice.