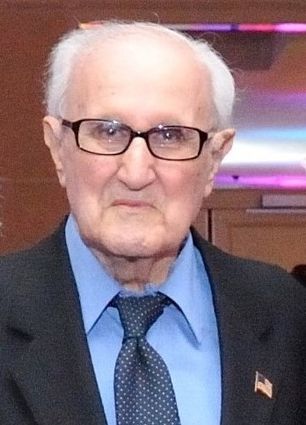 Milton Kilberg, 96, of Orlando, passed away after a short illness on May 18, 2019, peacefully at home with his family at his side. "Milt" was born Aug. 18, 1922 in Providence, Rhode Island, the son of Jacob and Fanny (Akerman) Kilberg. He met the love of his life Geraldine "Gerri" Lightstone of Philadelphia and married one year later on Sept. 11, 1948, and the two were happily married for the last 70+ years. When asked the secret to a long marriage, he was quick to remind people that she was the boss and he was nothing. Then with a wink and smile, he'd let everyone know she was the "boss over nothing." They have a daughter, Ilene Wilkins, who currently lives in Orlando, and is the CEO of UCP of Central Florida.

Milt enlisted in the Navy in 1942 and proudly service on the USS Saratoga during World War II. Following his service, he earned his degree in accounting from the University of Rhode Island. After graduation, he worked over 35 years for RCA, most notable working on the top-secret (later declassified) Lunar Express project.

In 1996, Milt and Gerri moved to Orlando to be closer to their daughter and grandchildren. Milt had a wonderful sense of humor and a love for his New England sports teams (Patriots, Red Sox and Celtics); his Philadelphia sports teams (the Phillies, Eagles and 76ers); and over time learned to love the Orlando Magic (but wished they would start winning more games). He also enjoyed gambling, most notably beating "Jimmy the Greek" in a card game. In later years, he found more enjoyment with scratch off tickets.

Milt is survived by his wife, Gerri; daughter, Ilene; grandchildren-Jake, Brittany, Bradford, Shawn and Christine Wilkins, Ray Deveau and Mark Boisvert; and the father of the grandchildren, Ron Wilkins. He is also survived by 13 great-grandchildren and many nieces and nephews. He was preceeded in death by his parents; brother, Gerald Kilberg; and sisters, Selma Berlin and Ruth Werfel.

The service was held at Beth Shalom Memorial Chapel. The family requests that in lieu of flowers, please consider a givt to the Milton Kilberg Summer Camp Scholarship at UCP of Central Florida.