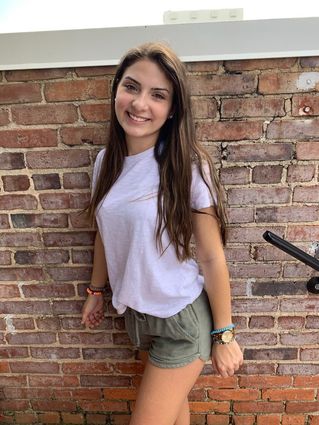 Just before World War II (I said it was long, long, long !) and we were poverty stricken and living in the Red Hook Projects of Brooklyn, New York, anti-Semitism was on the rise in the U.S. Because of it, I was beaten up as a toddler. And because of that, I learned a few "Hail Mary's" and "Our Father," and denied being Jewish. I claimed to be Catholic.

During the war, my dad got a job in the Brooklyn Navy Yard and we went off Welfare and moved to Rockaway Parkway, still in Brooklyn, but a predominately Jewish neighborhood.

Ashamed of my denial, I pushed the memory of it down in my brain and completely forgot about it. Then I grew up, became a dancer and met my beloved.

We wed and delivered our first child at Beth El Hospital. The very next morning, the woman in the next bed dressed and waited for her ride home. She walked over to my bed and asked me what HEB at the end of my bed stood for.

"You can't be Jewish", she said. "You've been saying "Hail Mary, mother of God," all night.

I responded, "I was saying what??"

It took many weeks at a psychiatrist office to get to the bottom of it!

According to the World Jewish Congress, "Jews in Europe are fighting on many fronts today...for their physical safety, the security of their communal institutions and their freedom to live as Jews.

In parliaments throughout Europe, sacred Jewish rites and rituals that have defined who we are as a people for millennia, including shechita (kosher slaughter) and Brit Milah (male circumcision) are under attack.

In Belgium, shecita is banned in two regions. In Denmark it is also banned. In Finland, shecita is proposed for banning and in Iceland, Brit Milah banning is also proposed.

Make no mistake about it, as more laws are enacted around the world that seek to forbid or deny the legitimate practice of Judaism, our religious freedoms are being denied and our ability to sustain a Jewish presence in these countries severely threatened. The passage of such laws is akin to saying that Jews aren't welcome within these borders.

Not surprisingly, this growing trend of legislating against Jewish religious practice comes against the backdrop of a shocking resurgence of anti-Semitic hatred that continues to spread across Europe (and also in the U.S.) endangering Jews throughout the world.

It is absolutely unacceptable, and we must push back against these laws with everything we have."

The wonderful date, May 14, 1948, The Declaration of the Establishment of the State of Israel, which reads in part: "This right is the natural right of the Jewish people to be masters of their fate, like all other nations, in their own sovereign State."

We received a note from a very proud father, indeed. His name is PAUL ALLEN. His note reads as follows:

"I want to tell you about an interesting story regarding one of our local Jewish teens. Her name is SAMANTHA ALLEN.

Samantha is going to be a senior at Winter Springs High School next year. She has cross-cultural representation as she is Jewish but her father is from Ireland and has strong ties to the Irish culture.

(And if that isn't amazing enough...)

She won the Jr. Rose of Tralee Pageant for Florida and has been chosen to be the Florida representative of the Celtic Irish American Academy.

(And to top it all off, this girl is a beauty!)

Super volunteer SHIRLEY SCHOENBERGER brings so much warmth and joy to the seniors she sees each week at Jewish Pavilion Shabbat programs at Cascade Heights in Longwood.

She also goes to programs at Savannah Court in Maitland several times a month and is an absolute ray of sunshine!

Everyone loves her upbeat personality and boundless energy.

On June 10th, at 1 p.m. in the Senior Social Hall of the Maitland JCC, co-president, SHELDON BROOK will present a trivia contest!

This will be followed by complimentary desserts and drinks.

(Oh No! I'm eating out again... but I have been assured by the manager that there are NO calories!)

While at the Outback Restaurant on Aloma Avenue, Winter Park, the other evening, a very tall, very handsome waiter approached me and asked what I wanted to order. (I wanted to answer "him.")

I don't remember what I did order because I was so taken by his looks and his manner... and most of all, his efficiency. His name, by the way, is DOUGLAS KOSTNER MIKOLAS II.

(sounds like royalty to me). I want him to be my waiter all the time!!!! 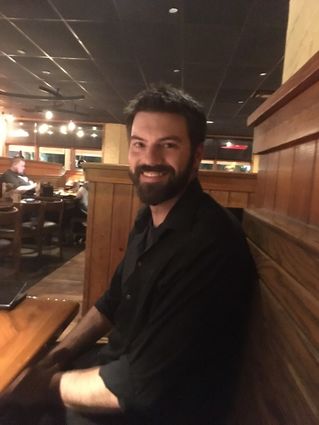 Moshe is on a trip to London. As the El Al Jumbo airliner pushes back from the gate, the flight attendant gives the passengers the usual information regarding seat belts, etc. Finally, she announces, "Now sit back and enjoy your trip while your captain, Judith Levy, and her crew take you safely to your destination."

When the flight attendant arrives with the drinks trolley, Moshe asks her, "Did I understand you correctly? Is this big plane really being flown by a woman?"

"Yes sir" replies the attendant, "in fact the plane's entire crew is female."

"Oy vah," says Moshe, "I'd better have two gin and tonics. I don't know what to think of being on a plane with only women controlling it. Do you think you can arrange for me to go up to the cockpit to see for myself?"

"Yes of course sir," says the attendant, "but that's another thing you might like to know - we no longer call it the cockpit."