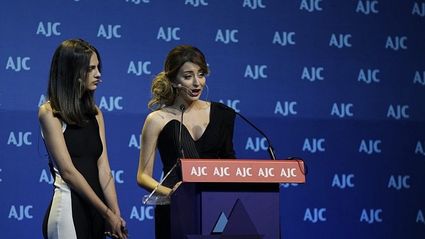 (JNS)-Geneva-based non-governmental organization United Nations Watch has announced that Sarah Idan, who as Miss Iraq in 2017 faced death threats for posting a photo of herself with Miss Israel, will receive the Swiss organization's Ambassador for Peace Award.

In recognition of her courageous and extraordinary actions to promote tolerance, build bridges for peace and spread a message of hope and unity, the prize will be presented to Idan at a Geneva ceremony attended by senior diplomats of the U.N. Human Rights Council, during U.N. Watch's 2019 annual gala dinner on June 13.

By awarding Idan with this honor, U.N. Watch executive director Hillel Neuer hopes that the United Nations and human-rights agencies in Geneva will learn from Idan.

"Sadly, today, there are too many people, and especially on social media, who are only increasing polarization, hostility and isolating one community from another," Neuer told JNS. "Sarah Idan is the opposite."

"In all of her public activities, she is someone who is seeking only to bring people together and to underline our common humanity," he said.

According to Neuer, Idan exemplifies an "Ambassador for Peace" in her public speeches and in her courageous November 2017 Instagram photo with Miss Israel Adar Gandelsman, as well as her 2018 visit to Israel, where she reunited with Miss Israel and bonded with Israeli Jews who fled Iraq decades ago.

Idan explained that she first approached Gandelsman at the Miss Universe competition, "when she told me she was afraid to approach me because our countries were enemies. I wanted to give her hope and show the world, too, that there is hope for peace between our countries."

Idan continued this message during her visit to Israel, which she found especially meaningful "to be able to deliver her message of peace before thousands and many world leaders."

"I was received very warmly," she told JNS, "and I didn't want to leave."

Furthering peace between Judaism and Islam

Although Idan is not the first public figure in the Arab world to make a statement by posting a picture with a Jewish Israeli, unlike many others, posed Neuer, when Idan received hostile criticism, hateful comments and even death and rape threats directed at her and her family for these actions, she "doubled down" in the best sense of the word.

Even when Idan and her family, Iraqi Muslims, were forced to flee Iraq to the United States, she has continued to empathize with the Jewish people and to do so quite publically.

During the most recent round of hostilities between Israel and Hamas, Idan tweeted against Hamas rocket attacks on civilians, unwavering in her condemnation of Hamas and diligently working to correct the record on Hamas aggression, contrary to mainstream media in the Arab world.

She has also taken on Hamas apologists like "Women's March" leader Linda Sarsour, musician Roger Waters and former CNN correspondent Marc Lamont Hill, calling out Sarsour for "defending terrorism," Waters for using his power to "boycott an entire country" rather than using his power "for good to bring people together," and Temple University professor Hill for denying Israel's right to exist.

According to Idan, her early experiences in Iraq-understanding what it is like to live under a terrorist regime-led her to speak out against Hamas, and for the people of Gaza and Israel.

She explained, "I remember living under [Saddam Hussein's] regime in Iraq during the war with the U.S. [He] used to place his military and missiles in civilian areas, even in a school one block from our home. When a U.S. airplane would fly by, the military would fire at it, and we would just pray that [the Iraqi military] would stop because if the airplane fired back, many homes would be destroyed and many innocent families would end up dead."

"This is the exact situation in Gaza," Idan posed-"an oppressive terrorist group firing at Israel, aiming to kill innocent people and at the same time, they endanger the lives of families living in Gaza. After seeing the photos of people injured and dead, how can I remain silent?"

At age 18, Idan worked as a linguist and interpreter for the U.S. military in Baghdad, which she said taught its soldiers to be "selfless, courageous and ethical."

Her experience in the army has also given her perspective on the Israeli Defense Forces' code of conduct and safety procedures, which she says are a lot less aggressive than the U.S. army's: "When I see videos of IDF soldiers fighting with Palestinians who push their weapons or try to hit them, I'm a bit surprised Palestinians can get this close to a soldier," said Idan. "In Iraq, U.S. convoys had signs that said if you move closer than 100 meters, we will shoot you. No Iraqi would risk to even touch a U.S. soldier unless the soldier initiated it." 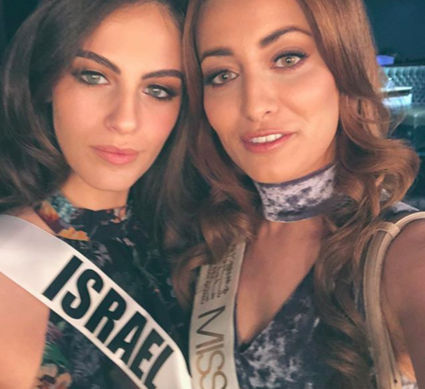 From her experiences in Iraq, with the U.S. army and in Israel, Idan knew that this would only be the beginning of her commitment to connecting Muslims and Jews, Arabs and Israelis-beyond borders, differences in faith and age-old conflicts, and united in amity and common ground. To achieve her vision of peace, she founded the organization Forward Humanity and serves at its CEO.

Idan voiced her hope that receiving this award "will not only empower me by knowing I don't stand alone when I fight for peace, but also it's a testimony to why others should join me in my cause and help further peace between the two religions."

Additionally, she hopes that this recognition will "give courage to more people, and especially Muslim women who follow my life through social media, to follow in my footsteps, show how it is possible for them to make a difference, knowing their opinion matters, and that their good efforts can be recognized and rewarded."

"More needed in today's world than ever before," noted Neuer, "Sarah Idan is a true Ambassador for Peace."