An evening of film, story and inspiration in honor of the Rebbe's Yartzeit

Forty some years ago, a young man named Eliot Lasky was driving with his friend when he saw a Chabad rabbi dancing on the street with a few other Chassidim. The young man was shocked. He'd never seen anything like this in Buffalo, a city that at the time was known as the "Berkeley of the East" for its university's hippy counterculture vibe.

Lasky was no stranger to what he'd just encountered. He'd grown up in Brooklyn in an Orthodox home, but had left that life behind to seek his fortune. Where a kippa once lay there was now long wavy hair. He wore a leather jacket and tall cowboy boots.

But what he saw intrigued him. "Who could be so crazy," he thought, "to live this way over here?" He got out of his car and introduced himself to the rabbi, who, it turned out, was also from Brooklyn. The rabbi's name was Nosson Gurary, the Rebbe's shliach to the University of Buffalo.

Some years later, this young man, by now a successful rock 'n roll promoter, would be in New York City, in desperate need for an answer to questions that threatened to end any connection with his faith. He turned to this rabbi, who in turn recommended that he go to 770 and perhaps find a moment to ask his questions directly to the Rebbe.

The encounter that came as a result would change his life.

It was Lasky's story that inspired the making of "The Time in Between," a new groundbreaking documentary film by Bentzi Avtzon.

"I'd seen him once sharing his encounter with the Rebbe at an event in Manhattan," said Avtzon. "But I immediately felt that there was more to his story, without which I couldn't really understand why that encounter meant so much to him. I needed to know more about where he came from, where he was going at the time, to understand that moment.

"Some years later I reached out to him and after some convincing he agreed to share his story-but this time all of it. After that everything just kind of happened on its own."

What Avtzon means by that is the inclusion of two more individuals, Larry Caroline and David "Doctor Laz" Lazerson who had also been in Buffalo around the same time and in their own ways had followed similar paths through the Chabad House and ultimately 770. 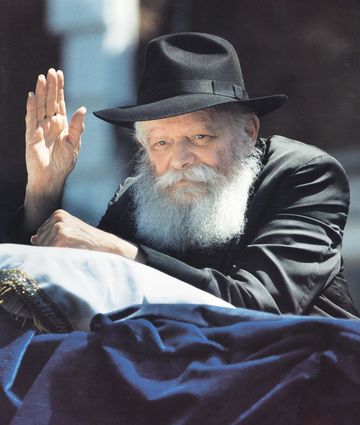 As Avtzon puts it, "I wanted the film to show how Lasky's story, while deeply personal and unique to him, is also representative of something larger that was going on at that time."

The film was shot about a year ago and was screened for the first time to an audience of more than 300 people in Philadelphia.

"When I heard about this film," said Rabbi Yanky Majesky of Chabad of North Orlando, "I felt like this is a perfect way for us to mark the 25th Yahrtzeit of the Rebbe and celebrate his legacy of inspiring people to find the heights they aspire to in the depths of their souls."

"The Time in Between" will be screened on July 7 at 7 p.m. in Nate's Shul, 1701 Markham Woods Rd. in Longwood. To RSVP or to be a sponsor of the event please visit http://www.JewishNorthOrlando.com/TheTimeInBetween or call 407-636-5994.