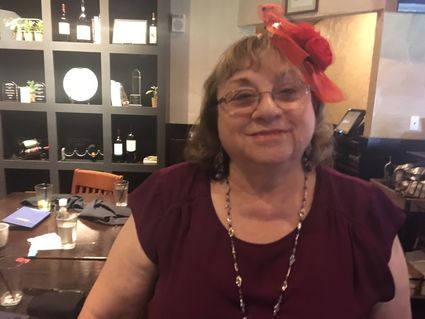 "The World Jewish Congress and its affiliate, the Organization of Jews in Bulgaria Shalom, recently drew more than 1,500 people from across Bulgarian society onto the streets of Sofia for the first-ever march of tolerance and unity, held in response to the neo-Nazi Lukov March that takes place each February despite strong government opposition. The march was initiated by WJC President Ambassador RONALD S. LAUDER, who traveled to Sofia to participate.

"Together for Bulgaria, Together for Europe" was organized in cooperation with the Sofia municipality on the heels of organized efforts by the WJC and Shalom to abolish the Lukov March, a torch-lit parade honoring a Nazi collaborator who sent 11,300 Jews from Bulgarian-controlled territories to their deaths in Treblinka. The march for tolerance took place on the 76th anniversary of the rescue of the Jews in Bulgaria proper from being murdered in the Holocaust.

The march was also joined by ambassadors from the United States, Israel, Germany and the United Kingdom, among other countries.

Amb. Lauder praised the Bulgarian people for standing up to the Nazis during World War II and against the current rise of neo-Nazis.

"Bulgaria reminds us that we must never be silent in the face of evil... that it takes courage to stand up to evil... that even a small country can tower over all others. Let the world use Bulgaria as its model," said Lauder.

(We need the courage to stand up to hate in this country! Anti-Semitism is on the rise here. We must stay strong and fight hate of all kinds!)

Recently I had the pleasure of meeting ANNETTE EDELSTEIN at a Red Hatters meeting here in town. She was one of the most pleasant gals I have ever met and I wish she lived much nearer to me here in Winter Park.

Annette has lived in Longwood for 40 years and has seen a lot of changes (mostly I-4 and a lot of development.)

Before moving here, she and her family lived in a small town in Ohio called New Concord. It turned out to be the home of JOHN GLENN. Annette says "I met his mother-in-law." She continued, "We were the second of three Jewish couples to move there. It was very interesting being in a Christian College town. Our friends were mostly from the college and NCR where my spouse, HOWARD, worked for several years.

"Coming from NYC it was quite a change but a great one. We were one of the few that locked our doors. We had fresh food from the farmers and living was very low key, very different from NYC."

(As a New Yorker myself, I know exactly what she means!) Annette continued, "Our only concern was that our daughter was the only Jewish child in the school system. They asked me to come to the school to explain the Jewish holidays to the students. There was never a problem of any kind and everyone was wonderful. We are still in contact with many of those friends but our move to Longwood has also been great. We love being here in the winter with no snow or ice. That is when we have the most visitors as do many Floridians.

"All four of our children are successful and are living out of state. They visit often."

(I am so fortunate to have met Annette. She is a wonderful gal... and we share a New York background!)

On July 28th at 2 p.m. in the Maitland JCC Senior Lounge, the movie "A Star Is Born," with Lady GaGa and Bradley Cooper will be shown.

On July 29th at 1 p.m. in the Maitland JCC Senior Lounge, the discussion will be "Current Events." Jewish Federation's BEN FRIEDMAN will be speaker.

On July 28th at 2 p.m., Camp J Theater will present a matinee, Disney's "Aladdin." Phone the federation for details.

(I am shouting as loud as I can. Hopefully you can hear me! This involves my health!)

I recently went to the hospital thinking I might be having a stroke. It turned out to be floaters in my left eye... an occurence strange to me at the time. The hospital staff said "No stroke" but they suggested I see an eye doctor. I wasted no time and went to my eye doctor and he sent me to a superb specialist who, (wouldn't you know) is a member of our tribe!

Dr. ELLIOT W. COOPERMAN, M.D.P.A., an expert in eye diseases and surgery of the retina, vitreous and macula is the specialist I refer to.

He and his terrific nurse, ROBYN, (who also happens to be his wife) have given me superb care. (I can even write this column without my glasses!)

(And speaking of strokes)

Three senior citizens-Sarah, Becky and Estelle-are sitting on a park bench having a quiet chat when a flasher approaches. He walks up to the bench, stands right in front of them and all of a sudden, with a loud shout, "AHA," he opens his raincoat.