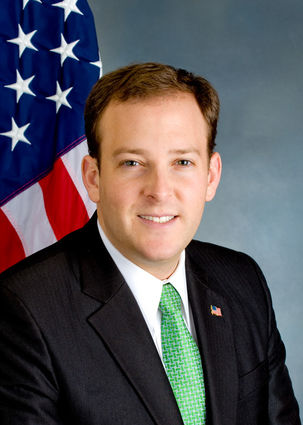 During the debate over the resolution, Rep. Ilhan Omar (D-Minn.) expressed opposition to it, saying, "We cannot condemn non-violent means," which caused Zeldin to respond, "Don't come to this committee and blame Israel for all the violence."

At the same time, Omar plans to introduce a resolution in support of the anti-Israel BDS movement, reported Al-Monitor on Tuesday.

The resolution calling for a two-state solution to the Israeli-Palestinian conflict was introduced by Reps. Alan Lowenthal (D-Calif.), Gerry Connolly (D-Va.) and Karen Bass (D-Calif.). It emphasizes the U.S.-Israel relationship on issues from national security to shared values such as "democracy, human rights and the rule of law."

At the same time, it also states, "Whereas the United States has long sought a just and stable future for Palestinians, and an end to the occupation, including opposing settlement activity and moves toward unilateral annexation in Palestinian territory."

The resolution currently has 147 co-sponsors, all Democratic.

Finally, the committee adopted the U.S.-Israel Cooperation Enhancement and Regional Security Act, which strives to improve bilateral security and economic ties between the two countries. It was introduced by Reps. Joe Wilson (R-S.C.) and Ted Deutch (D-Fla.). It currently has 273 co-sponsors: 141 Republicans and 132 Democrats.

The measures now go to the House floor and are expected to be voted on next week.