Debbie Meitin is a gifted volunteer in the community 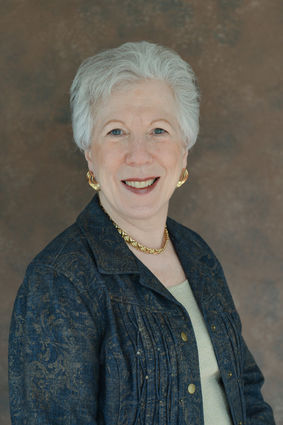 From Israeli dance instructor to cantorial soloist, Debbie Meitin has proven that her talents span across many disciplines.

Meitin's Judaic foundation began as a young adult growing up in Cleveland, Ohio, where she sang and performed as a member of the youth choir in her synagogue, and actively participated in USY in high school. And while studying for a degree in medical technology, Meitin stayed active in Jewish life as a member of the Hillel chapter at Michigan State. While attending USY and Hillel, Meitin participated in Israeli dancing and developed a strong love for the dances.

Meeting and eventually marrying Samuel Meitin brought Meitin to Orlando over 30 years ago and she walked into the role of Israeli dance instructor at the JCC after taking over a "temporary" substitute position. She has been at the helm there ever since.

Meitin became active in the religious life at Temple Israel and soon found herself on the Ritual Committee which led to a chairman position soon after. Meitin added the skill of Torah cantillation to her list of talents when a group of Temple Israel congregants gathered to begin training with the synagogue cantor in 1997.

In 2000 Meitin became cantorial soloist at Temple Israel and learned from cantors in Orlando and Tampa as well as her own individual study. She passed on her love for Torah chanting to the next generation in her position as a b'nai mitzvah tutor and added to her list of responsibilities at TI, the position of Torah reader coordinator, and now serves as High Holiday cantor.

Since 2001, when Sheryl Meitin and Claire Chepenik started The Jewish Pavilion, Meitin has been an active and dedicated volunteer within this organization. Today one can find Meitin making monthly visits to Island Lake Opis Healthcare in Longwood, and leading Shabbat and holiday services at Cascade Heights, Brookdale Altamonte Springs, and Grand Villa. She plays mahjong with residents at Tuskawilla Nursing in Winter Springs and is a member of the Orlando Hevrah Kadishah. Meitin is the former president of the Jewish National Fund in Orlando and Tree of Life honoree, involved with this organization since 2008.

Since 2012 she has been married to Larry Gutter and has three step-daughters and six grandchildren.

The Jewish Pavilion is grateful to Debbie Meitin for all her services to the Orlando Jewish community over the years.