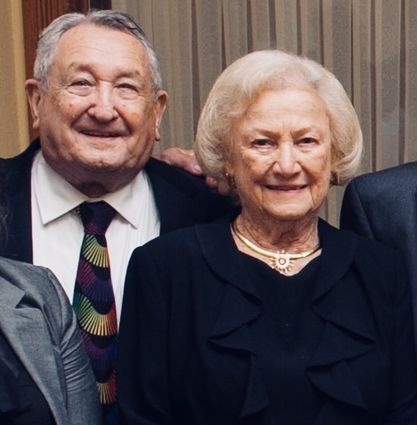 Iva Rosiland Baumstein (nee Bernstein), known to her family and friends as "Roz" or "Rozie," passed away quietly on Sunday, Sept. 1, 2019, at the age of 92. She was born on March 16, 1927, in St. Augustine, Florida, to Lester and Sarah Bernstein. She was a second generation Jewish American and Floridian. In 1948, she graduated from Sophie Newcomb College and moved back to St. Augustine where she met her husband, Jack Baumstein, at her cousin's wedding. The two wed on March 18, 1950, at the Ponce de Leon Hotel (now Flagler College) and raised a son, Darryl, and a daughter, Randi, in Lake City, Florida, where Jack ran his business, Baumstein's Drugstore. They moved to Orlando in 1957 and built their house in Palomar in 1959 so their children could be a part of a larger growing Jewish community.

Throughout her life, Roz led a very active social and work life. She participated in a successful stock club with her friends and was a real estate agent. She was also an artist, handcrafting jewelry, pottery and metalwork at the home she and Jack built together. She was an active philanthropist, participating in Jewish Pavilion, Jewish Family Services, Hadassah, Jewish Federation, and the Arts to name a few. In the 62 years she lived in Orlando, she and Jack created a community of friends and extended family around them between their philanthropy, travel, game nights, dinners, holidays and social events that are still memorable for many.

Roz was an intelligent, tough, sincere, independent woman who wanted to bring everyone around her up with her. She would want everyone to know that she felt that she had a beautiful life as a woman, a wife, a mother and a grandmother.

Roz is survived by her son, Darryl; her granddaughter, Sonya; and her extended families in St. Augustine and Gainesville. A funeral service was held on Friday, Sept. 6, 2019. at 11 a.m. at Temple Israel Cemetery in Gotha. Donations may be made to any Orlando Jewish organization or temple to help grow the community she cared so much for.