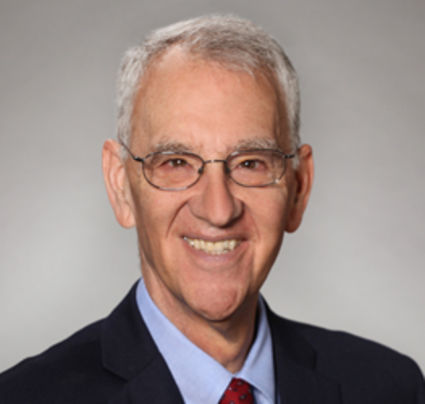 Submitted by his family

James Stuart Grodin, known to all as Jim, passed away on Oct. 13, 2019. Jim was born on Dec. 11, 1945, in Milwaukee, Wisconsin, to Florence (Smith) and Edward Grodin. He graduated from Whitefish High School in 1964 and attended the University of Wisconsin. He majored in history, and there began a lifelong study of the history of WWII. He spent his junior year abroad at the University of Freiburg in Germany, where he became fluent in German.

Jim married Barbara Lustok, on Aug. 25, 1968. He deferred his enrollment in law school to enlist in the Army Reserves, Intelligence, where he translated German documents and transmissions. In 1972, Jim graduated from the University of Wisconsin Law School and began practicing with his father in the Milwaukee-based law firm aptly named Grodin & Grodin. It was there that he honed his skills as a litigator, working every case that came his way-from petty crime to family law to personal injury to corporate family matters, which gave him a tremendous breadth of experience as he grew his practice.

Jim was the father to son Benjamin (born 1972), daughter Anne (1975) and son Michael (1980). In 1988, the family moved to Orlando, Florida, where Jim joined Foley & Lardner as a civil litigator. While law was his career, his engagement in the Orlando community was his passion. Some of the highlights: president of the Greater Orlando Jewish Federation, president of Congregation Ohev Shalom, Operation Exodus chairman (helping to resettle Russian immigrants, teacher at the Orlando Beit Hamidrash (Jewish High School), member of the Orlando Opera Board, member of the Lake Brantley booster club and countless hours of pro bono work done as an attorney.

For nearly 40 years, Jim's main hobby was running. He completed several marathons and half marathons. He ran in the icy temperatures of Milwaukee winters as well as the midday heat of Orlando summers; he would always say the weather was "part of the experience."

Jim was a lifelong Green Bay Packers fan and was a fountain of past and present Packers knowledge. He cheered for his Wisconsin Badgers as well, but once his three kids went to the University of Florida, his college team became the Gators. He would drive up often for Gator games, and he loved that he had 12 straight years of access to home game tickets.

Jim is survived by his wife of 51 years, Barbara (Lustok) Grodin, his children and children-in-law, Ben and Elana Grodin of Orlando, Annie and Josh D'Agostino of Atlanta, and Mike and KaraAnne Grodin of Seattle; his brother, Tom (Valerie) Grodin of Encino, Calif .; and his sister, Jane (Ira) Carlin of Rancho Santa Fe, Calif. He was also extremely proud to be the grandfather of seven granddaughters and one grandson: Hannah and Zachary Grodin (Orlando); Elena, Sari, and Mira D'Agostino (Atlanta); and Mischa, Dinah, and Ronia Grodin (Seattle).

Services were held in the Pavilion of Ohev Shalom Cemetery with Rabbi David Kay officiating. Burial followed on the cemetery grounds.

In memory of James S. Grodin, the family requests contributions to the Cure Alzheimer's Fund, an organization that is contributing greatly to Alzheimer's research at https://curealz.org/outreach/in-memory/jim-grodin.