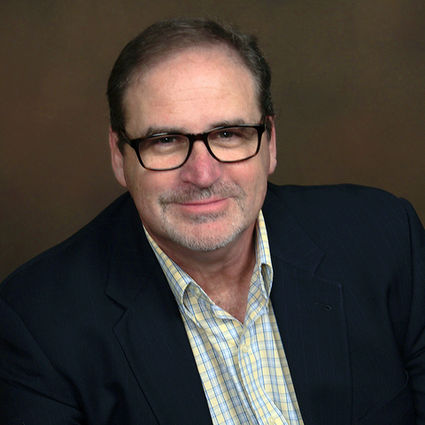 "My name is Harold Kushner. I'm here to tell you what is about to happen. It will begin as soon as I finish getting dressed and walk out my front door..."

Thus begins "The Great Mongolian Bowling League of the United States of America," the first published Jewish-themed book by local author Ed Borowsky. This isn't the first book Borowsky has written. He has six other complete works-five fiction novels and a 2-act play. These fiction works are just "sitting in a closet in the dark." But "The Great Mongolian Bowling League" has already garnered an International Book Award and when the others finally get the attention of a publishing house, they too most likely will be award winners. Borowsky is just that kind of a great writer-his stories are smooth flowing, pulling the reader into the story immediately. He writes from life experiences. In fact, at times during the interview, this reporter stopped to ask if he was sharing a story line or something from real life, that's how intertwined his writing and life are.

Borowsky wasn't always a writer. He had his own Boston-based advertising agency, spent 30 years in retail consulting for many of North America's most prestigious retailers, and later owned a furniture liquidation business in Massachusetts. However, due to some health issues, he was forced into early retirement. He, his wife, Michele, and one of their three sons moved to Winter Park and joined Temple Israel in Winter Springs. Michele went into the workforce full time, and suddenly Borowsky found he had lots of time on his hands. What would he do? His hobby was model airplanes, but as he put it, "one can only fly so many model airplanes."

He remembered his mother always said he was a writer. Contemplating this, he wondered, "Can I write?" After all, he wrote copy for his ad agency and a blog for retail companies. He'd always hear of people saying they could write a book about their businesses. He could tell lots of stories about the furniture liquidation business.

"When we moved to Winter Park, my dream was to sit by the pool and write," he shared. And so he did. He wrote the first chapter of his first book, "It's a Good Day to Liquidate," which is partially based on his liquidation business, but with a twist. It is a thriller.

He attended a class at Full Sail but was uncomfortable being surrounded by 20-somethings. Then, while standing in the checkout line at Publix, he struck up a conversation with a woman in line behind him.

"I want to write," he responded.

She told him about Ken Eulo, who happens to be a Eugene O'Neill Award winning writer and bestselling author whose novels have collectively sold over 13 million copies worldwide. Eulo lives in Dr. Phillips where he teaches acting. The woman gave Borowsky his phone number.

After a brief exchange, Borowsky sent Eulo the first chapter of his liquidation book.

Eulo called him. "Why do you want to be a writer?" he asked.

"Man, I don't know if I want to be a writer. I'm just looking for something to do," Borowsky told him.

Eulo took him on as a student. "He must have seen something in me," Borowsky said. Five years later, Borowsky now has a published award-winning novella. With the input of Eulo-who was a writer on TV shows "Benson" and "The Bob Newhart Show," as well as a script analyst at Paramount Pictures-Borowsky wrote his 2-act play titled "Hanks' Six Days of Happiness." Plus, he has a blog at edborowsky.com where one can read reviews of "The Great Mongolian Bowling League" and also read his blog titled "Elements of Writing."

In the blog he discusses the "initial spark that captures the writer's imagination"-the spark of a story idea. All of his books are pieces of him. The stories come to him through his everyday experiences. For example, he was "sparked" to write his second book, "Lizard of Transition," after his 91-year-old father shared with him a dream he had about his war experience while he was in hospice. It's a book about redemption intertwined with the horrors of war.

He admits that sometimes he doesn't know where he comes up with stuff. In his fourth book, "The Amazing Life of Art Lemon," (which happens to be his favorite), Art belongs to a model airplane club-a subject Borowsky is very familiar with.

"The Great Mongolian Bowling League" story line germinated from a chance meeting with a Mongolian-American taxi driver in Chicago.

"Many people ask me how on earth I came up with the idea for 'The Great Mongolian Bowling League,'" Borowsky writes in the Afterword of the story, and then he explains that in the course of the ride to the airport, Borowsky learned that the taxi driver would be coming to Orlando for a bowling tournament in Kissimmee. The taxi driver told Borowsky about the "Quarter-mania" games on Thursday nights (9 to midnight) at the AMF bowling alleys in Chicago. The poor Mongolian immigrants enjoyed the cheap entertainment: 25-cent games, 25-cent shoes and 25-cent hot dogs.

Borowsky did his research and discovered that the tournament was real (yes, there really is a Mongolian Bowling tournament right here in Central Florida). Not only that, but he researched Mongolia's history and these remarkable people (read about it on his blog). Two years later, he wrote the fictional story that isn't just about bowling. The bowling is more like the backdrop for much deeper things-like the development of relationships between older Jewish men, Mongolian Americans and Italian mobsters-what a combination! The book also reflects on the question, what constitutes living a good, productive life?

Author Emily Rodavich wrote that it is "a sweet rite-of-passage tale of two aging men whose lives are delightfully transformed through cross-cultural encounters ..."

Rite of passage, yes, but in plain English, it's the story of two Jewish guys who were heading to Disney World and bumble into a Mongolian-American bowling tournament. This 138-page novella is hilarious, poignant, and has a dash of suspense (remember the Italian mobsters)-all the makings of a book a reader just can't put down.

"The Great Mongolian Bowling League" has gone practically global. To promote his book, Borowsky sent an email to the executive director of the American Center for Mongolian Studies.

"I was surprised to read that he already had discovered my book," Borowsky wrote in his blog. "He commented that he'd enjoyed the read immensely, and that between its humorous lines he found an ever-deeper meaning. He informed me that his organization, in their monthly publication, had reviewed the book and had distributed the review to approximately two thousand of its readers, consisting of academics, people in the foreign service, diplomats and experts in Mongolian studies."

Not only had the executive director reviewed Borowsky's book, he included it in a presentation made in the capital of Mongolia, Ulaanbaatar. After his talk, several Mongolians asked where and how they could purchase the book.

Publishing his other works

With all the accolades Borowsky has received for "The Great Mongolian Bowling League," why hasn't he sought out a publisher for his other books? Borowsky's answer is that he's been in the "grind and hustle" of work all his life and, for him, finding a publisher is throwing himself back into that hustle. It is the love of creation versus the business aspect of writing. Borowsky initially self-published "The Great Mongolian Bowling League." It was more about learning the publishing process. As fortunate had it, the book was discovered by Citrine publisher Penelope Love. She is the one who submitted the novella for the book award, and the rest is history. Since publishing his book, Citrine Publishing has narrowed its genre to nonfiction, memoir and self-help books-definitely not Borowsky's style.

"The Great Mongolian Bowling League of the United States" (Citrine Publishing, 2018) is available on Amazon.