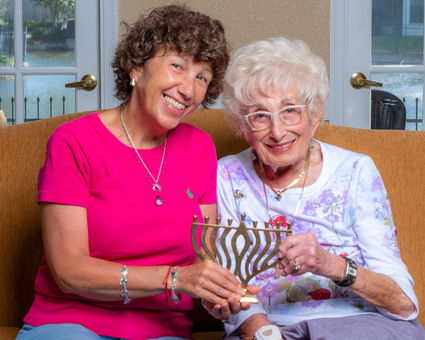 A quote from Primo Levi, a survivor of Auschwitz...

(Sends chills up my spine but I know anti-Semitism still exists. I have first-hand knowledge as a victim.) And I recently read this in a World Jewish Congress letter. "Our efforts have taken on new urgency and we cannot rest until the age-old scourge of anti-Semitism has been defeated once and for all and the Jewish people are free to live and worship without fear for their safety. We must gather all our strength to confront the forces of ignorance, hatred, and bigotry that threatens our future."

This is a direct quote from WJC President Ambassador RONALD S. LAUDER following the fatal attack outside a synagogue in Halle, Germany, on Yom Kippur.

"The WJC was horrified by the Yom Kippur attack by a heavily armed neo-Nazi who shouted: 'The root of all these problems is the Jew,' while trying to break his way into the locked doors of the synagogue where 51 members of the community were observing the holiday. Shots were fired and an explosive device was thrown at the synagogue cemetery. (I don't remember our news media covering this event, do you?)

To continue: "The attacker then moved on to a nearby Turkish restaurant, where he opened fire. A woman passerby was killed in front of the synagogue, and a man who was eating in the restaurant was also killed. The synagogue was not guarded by local police. (Obviously!)

The assailant, identified as a 27-year-old man, filmed the entire attack on a camera and released the footage across social media. The WJC worked with social media companies to ensure that this video was not posted.

Ronald S. Lauder reacted by saying 'It is appalling that on this day, the holiest in the Jewish calendar, when Jews are sitting in synagogues all around the world immersed in prayer, yet another attack against Jews has been perpetrated.'"

Unfortunately, the time has come when all Jewish places of worship and Jewish communal sites need to have enhanced round-the-clock security provided by state security services. Also needed, action, not words, a unified front against neo-Nazi and other extremist groups that threaten our well-being. The fact that 75 years after the Holocaust, such groups are gaining influence in Germany speaks volumes.

The brutality of the attack surpasses anything that has happened in recent years and is a profound shock to all Jews in Germany. The fact that the synagogue in Halle was not protected by the police on a holidaty like Yom Kippur is scandalous.

Kudos to RANDI CUNNINGHAM who will be awarded the "Volunteer of the Year" for the Jewish Pavilion at JP Connections on Dec. 9th.

Randi has been an active volunteer for the Pavilion for several years. She began her involvement when her father moved to Oakmonte Village.

Recently, she agreed to chair a new program for the Pavilion... the Holiday Meal Delivery Service to seniors. Her new job will start on Chanukah, Dec. 23, when the first set of meals will be delivered.

Randi is well known for her warmth and compassion and her beautiful smile!

(Randi has more beauty than her smile. She is definitely beautiful inside and out!)

On Dec. 15th, the the Maitland JCC Senior Lounge at 2 p.m., the movie "The Best Of Enemies" starring Sam Rockwell and Taraji P. Henson, will be shown.

On Dec. 16th at 1 p.m. in the Maitland JCC Senior Lounge, actress Betty Monroe will appear.

Refreshments will be gratis.

On Dec. 19th at 12:30 p.m. in the Maitland JCC Senior Lounge, Victor and Batya Granatstein will hold their Yiddish Circle.

On Thursday, Dec. 19th beginning at 10 a.m., there will be a special and very charming program for babies and toddlers up to 3 years old and their parents.

There will be chocolate milk, jelly doughnuts and other delights.

The event is free but registration must be in advance. 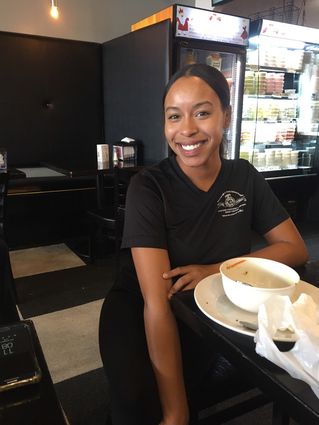 Most of all, we enjoyed our server, DIAMOND LINDSEY. WOW! What a personality... and what great service!

(As exciting as the food was, she was even more so!)

Nine male Jews are very nice, but as we all know, 10 are needed for a minyan. So when the tenth person arrives, everyone is happy. But did you know that the eleventh Jew is also very important? Why is this so?

When the eleventh person enters, someone is always heard to say aloud, "Thank goodness."

The eleventh arrival always responds, "But you had a minyan already."

To which comes the reply, "Now that you're here I can leave the room and go to the bathroom!"