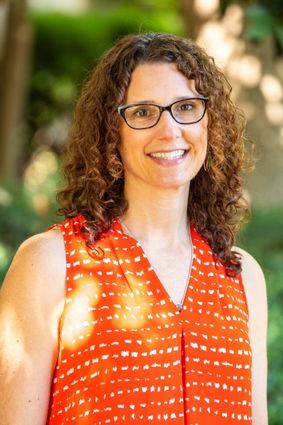 Barbara Birch, the new president and CEO of ORT America.

(JNS)-Barbara Birch, 45, of New York was tapped last month as the new president and chief executive officer of ORT America. She most recently served as vice president of development at the Shalom Hartman Institute of North America, managing strategic planning, fundraising and business development. Her work focused on managing relationships with lay leadership and connecting constituents to the organization's mission to create a culture of giving.

Previously, she held leadership roles in development at Yeshiva University, including as assistant vice president for alumni affairs and annual giving, and director of alumni affairs at the Benjamin N. Cardozo School of Law in New York City.

Birch will be going to Israel in February to see firsthand the work and progress of ORT schools and programs.

Q: What did you know about ORT before you became president and CEO?

A: Before I started my recent exploration of ORT, I was aware of the fact that the organization was focused on education, and I associated it with Israel. Primarily, though, I knew my grandmother had been a member and a proud supporter. As a teacher, ORT's educational mission spoke to her, and as we know, American Jews of her generation were eager to support Israel; they lived through one of the most dramatic moments in Jewish history-seeing the Jewish state become a reality. As I became more familiar with ORT, I was amazed to learn that it works in more than 30 countries, and is a significant global organization impacting hundreds of communities and hundreds of thousands of people worldwide.

Q: What was ORT known for in the early years, and how did it work to change Jewish lives?

A: From its beginning in 1880 in Russia teaching Jewish farmers new technology following the Industrial Revolution, ORT has remained tuned in to changing economies. It has stayed a step ahead of what the world's Jewish communities need to support social mobility and not let those in lower socio-economic environments get left behind. Early on, ORT succeeded in building a strong reputation for providing vocational training to the huge numbers of new immigrants to Israel, who came in large numbers to the new state after World War II. It was a direct line to getting jobs for those individuals, and it helped build the State of Israel by training a much-needed skilled workforce.

Q: How has ORT evolved over the decades? What is it known for now, and how does it impact lives around the world?

A: For 140 years, ORT has adapted to meet the needs of the communities it supports. Its evolution is reflective of a changing job market, and our priority is to teach the most relevant skills to support learning, professional development and preparation for meaningful careers that respond to a rapidly changing economy. For our students, science, technology, engineering, arts and mathematics (STEAM) comes to life through course offerings that include robotics, computer science and coding, ecology and emerging agricultural technologies, digital skills, media arts and medicine. When students from under-resourced communities have access to high-quality education, they are better positioned to enter the job market with marketable skills, become leaders in their own right and invest back into their communities.

In Israel, World ORT Kadima Mada strengthens Israeli society by bridging the economic gap between the center and the periphery. ORT offers innovative educational programs and state-of-the-art schools and facilities for students with a focus on science, technology, engineering and math (STEM), creating a path to success and economic independence, and supporting Israel's strong economy by training a workforce for the future.

In the former Soviet Union and other Diaspora Jewish communities, ORT invests in Jewish schools, making them appealing to Jewish families by offering STEM education and a curriculum that instills in students a strong sense of Jewish values and culture, leading to the renewal of Jewish communal life and deepened connections to Jewish identity for generations to come.

Q: Can you describe an anecdote where ORT has played a significant role in helping people?

A: There are so many ORT success stories (or stories of transformation), but Polina is reflective of many of the students at World ORT Kadima Mada's Kfar Silver Youth Village, a boarding and day school for at-risk youth in southern Israel. Now 17, she left her home in Ukraine at the age of 14 without her parents and made aliyah to Israel.

Her life in Ukraine was filled with immense economic challenges and an uncertain future. Polina and her family made the choice for her to move to Israel and live at Kfar Silver, which would provide her with the best opportunities for her future.

A young teen, she was scared to come to Israel without her family. When she arrived at Kfar Silver, she was not able to read, write or speak a word of Hebrew. She was enrolled in an intensive introductory Hebrew course; now in her third year there, she is fluent in Hebrew with an average score in her work at 90 percent.

Polina shares, "I'm really proud of myself for advancing so far in Hebrew. I have made a very close group of friends here who have become my family. They support me in everything I do. I love the teachers here-they work hard to give me everything I need. I know that if I need help with anything, I can easily go to them, and they will always be there to help me in my academic subjects and with any other issue I'm experiencing. I can honestly say that my life here in Israel is much better than it was in Ukraine; that Kfar Silver has changed my life completely."

Polina enjoys English and diplomacy, which includes a focus on negotiation and communication. She says she would like to work in the field of international relations.

Q: What are your immediate and future goals for the organization?

A: My goal for ORT is to rebuild the strong American base of support that existed years ago. I see three key ways to begin that process. First is to retell ORT's incredible story of 140 years of meaningful, impactful work. Not enough people know its long history, and we want to show them how ORT's work impacts the Jewish world and addresses the issues they care about, such as strengthening and sustaining Jewish life, and ensuring that Israelis in the periphery have the best opportunity possible to be active and successful Israeli citizens.

Second, we need to respond to a Jewish philanthropic landscape that has changed significantly in the last 15 to 20 years. Funders today are thinking differently about how they give; they want to know a lot more about what they are investing in and why. We need to meet them where they are in the conversation about Israel, Jewish life and the various social-justice issues that matter to them today. 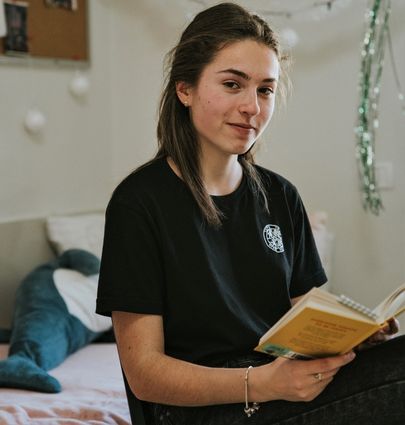 Polina made "aliyah" by herself from Ukraine at age 14. Now 17, she resides in Kfar Silver Youth Village, a boarding and day school for at-risk youth in southern Israel.

And finally, we need to expand our presence and visibility in Jewish communal spaces more broadly. By joining in the national conversation with other Jewish organizations, both old and new, we can support each other in our work, and compare and contrast our respective roles to play in world.

I hope to make progress towards all three of these goals in May, when we will explore our work in Israel together as part of ORT America's Mission to Israel and the World ORT General Assembly in Jerusalem. These travel opportunities enable our supporters to experience our impact up close through the eyes of our students and teachers, and it all coincides with our milestone 140th anniversary celebration. I can't think of a better way to celebrate such an important time in this organization's history.