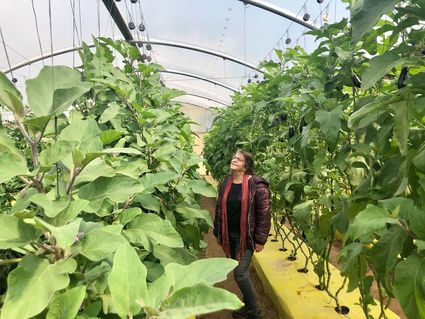 (JNS)-With campaigns under way before the third round of Israeli elections within a year on March 2, Likud officials, and the Blue and White Party, have repeatedly made statements over the past few weeks in favor of annexing the Jordan Valley.

And that has elicited vocal reactions among the public both for and against the idea.

The Trump administration's peace plan, revealed at the White House on Jan. 28 with Israeli Prime Minister Benjamin Netanyahu in attendance, gave American approval for annexation, paving the way for the next Israeli government to actualize its campaign promises.

Echoing the Palestinian leadership's rejection of Trump's peace plan and Israel's prospective annexation, Salem Ghrouf, the mayor of Jericho in the Jordan Valley, said to journalists on Wednesday, "Trump's support for Israelis is unfair," as it does not "express the ambition of the Palestinian people" and represents "a total change in foreign policy of America."

"Mr. Trump's plan will eradicate and conclude the dream of establishing a Palestinian state," he said. "It is an unfair plan that gives rights to a people who have no right [to that land]."

Annexing the Jordan Valley, he added, would create geographical, social, developmental and agricultural challenges for the Palestinian population.

"There will be no safety or stability for Palestinians" if the plan is enacted, maintained Ghrouf, who said that he is waiting for the Palestinian leadership to specify "the next step."

'People worry about their future'

Ismail Daiq, CEO of Valley Trading Company, a date-production company in the Jordan Valley, similarly posed that "all Palestinians are united against this plan," although he expressed his skepticism that anything will change other than "on paper."

Even if an annexation took place in four or five years from now, he told JNS, "for the economic side, it would be better, but for the political and social, it would be worse."

Ziva Gilad, a researcher in agricultural research-and-development in the Jordan Valley, confirmed that the economic benefits of annexation would be significant for Palestinians, who are often paid more by Israeli employers compared to Palestinian employers.

However, she told JNS, she is skeptical that anything will change, as "Palestinians will have to agree to the plan, and they've had their chances before but have succeeded in losing them."

Daiq, a Palestinian himself, employees 500 Palestinians in season and 250 off season at his date farms in the Jordan Valley. His concern, he said, is that if the land is annexed, his Palestinian workers might not be allowed to continue to work there, and because of a boycott on Israeli dates, his company would suffer as he would need to label more of his dates as "Made in Israel."

As Trump unveiled his plan, he said, "I started to think about many things-what will happen with my workers, with the permission they'll need [if the land is annexed], but nobody can give you an answer."

"It's making the people worry about their future," he said.

'We will find a way'

Indeed, Husni Tari, who has worked in the date-production industry for Roi Farms in the Jordan Valley for five years, expressed his concern that if Israel annexes the Jordan Valley, he might need to apply for a work permit that could cost part of his hard-earned salary. 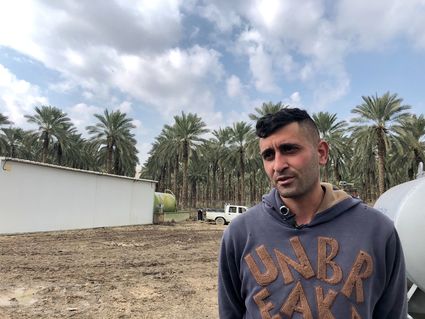 Palestinian worker Husni Tari, 25, speaks to journalists at Roi Farm in the Jordan Valley, where he as worked for five years.

However, Noam Weissler, chairman of the Jordan Valley Regional Council's Agricultural Committee, said that this concern is misplaced, as agriculture is the biggest source of income for people in the Jordan Valley, with both the Palestinian and Israeli economies relying on their work together in this capacity.

He is certain, he told JNS, that "we will find a way for Palestinians workers to arrive if Israel annexes the Jordan Valley."

Yakov (Kuki) Elbas, manager of Roi Farm in the Jordan Valley, also viewed the decision positively, maintaining that the region in question "has always been Israel."

Though acknowledging that he doesn't yet understand the full meaning of Trump's peace plan, he said, "it's good because it verifies what [Israelis] already felt... the Jordan Valley is Israel in our heart, and now it will be in law, too."