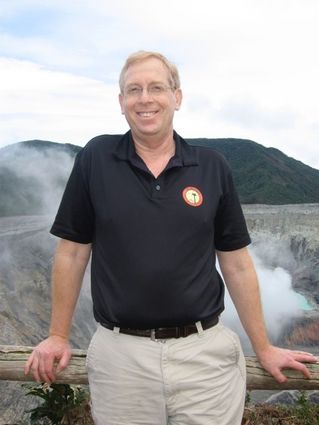 Born on Feb. 8, 1953, in Laverock, Pa., to Ethel and Alvin Goldberg, Neal had two siblings: his late brother Marty, and Lynne, who lives in Indiana with her family.

Neal graduated from Haverford College, Phi Beta Kappa, in 1975, with a degree in molecular biology. He went on to complete medical school at Vanderbilt University, graduating in 1979, and then completed his pediatric residency at Buffalo Children's Hospital. In 1982, he began his fellowship training in neonatology at Children's National Medical Center in Washington, D.C. He married his wife, Barbara Goldberg, née Wagman, soon after in 1984.

Following his fellowship, Neal Goldberg founded the NICU at Arlington Memorial Hospital in Arlington, Texas, in 1984. He later worked at St. Frances Hospital in Tulsa, Okla., while also beginning his law degree at Tulsa University.

Working in neonatology at Floyd Medical Center (Emory University) in Rome, Ga., by day and studying for the Bar exam by night, Neal completed his law degree from Tulsa University in 2001. A cornerstone of his family and his workplace, he was an undeniably positive presence within his family, among his colleagues, and with his patients.

Neal's family, and those close to him, knew him to be a bountifully loving, kind, and humble person. He adored his family, his friends, his patients. In his youth, Neal loved family summers at the seashore, where he would play tennis, baseball, and spend time in the water. He was a lover of and advocate for animals and the great outdoors; he enjoyed engaging in long conversations about history, politics, and the state of the world; he was a voracious reader; and he liked going to the beach and taking hikes with his family.

An engaged listener, a teacher, and a role model for a great many, Neal will be missed dearly.

To honor Neal's legacy, the family is accepting donations to the PBS Foundation, the National Parks Foundation, or the charity of your choice.