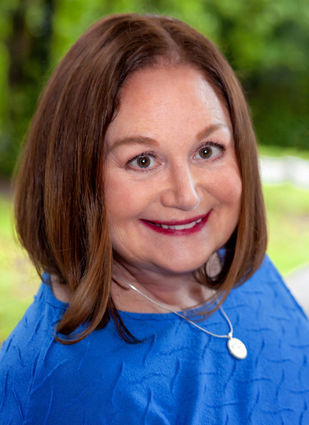 "I have written all my life," said Joni Okun, Maitland resident and author of the historical fiction "To Hold the Throne." I've written several children's books that are currently off the market, but I've considered publishing them."

Okun has always had a vivid imagination. "I remember when I was in third-grade I had to do a report on America's western pioneers and I also remember that I was fascinated with the covered wagons. I was enamored, imagining what was it like to live in a covered wagon on their long journey from the east to west coast. My imagination was sparked. I wanted to know more. What was it like? How did they feel? I've always been this way. I had a desire to dig in to find out what it was really like since as early as I can remember," Okun shared while sitting in Starbucks in Altamonte Springs.

"I interned for the St. Louis Democratic Congressman Robert Young and lived in Washington, D.C. for a semester in college.

After graduating from law school, she moved to Washington, D.C. to serve as a law clerk for Federal Judge James Barta. "That year was a wonderful experience. I had to do a tremendous amount of research in that position. I didn't realize it then, but it prepared me in many ways for the research I had to do in order to write historical fiction, "Joni said.

She went on to work on the legal staff of a defense department agency and did international litigation.

Around 10 years ago, she was diagnosed with cancer. Okun had to go through a regiment of chemotherapy, but after a solid year of treatments she was declared cancer free.

It was a wake-up call. Okun had time to reflect and asked herself what it was she really want to do with her life going forward. It was during this period that Okun realized that her passion was writing, and she would dedicate her life to this endeavor full time.

She gave up practicing law and has been writing ever since. Although Okun had written, much of her writing was to support her legal career. Legal writing is disciplined. However, it lacks the imagination and creativity necessary for becoming a fiction writer. She questioned herself if she still had the creativity that she had when she wrote at a younger age?

"I began to educate myself once again by taking creative writing courses online. The most extensive writing program was offered through Stamford University. I'm a serious reader. I've read so many books of all types throughout my life that I believe this has helped me move forward in my new career as a fiction writer," she said.

"Another course I took was titled, 'Holy Land Revealed.' It was a book with an accompanying lecture series and that's where I found Mariamne [heroine of 'To Hold the Throne']."

"I was struck by the life of Mariamne. She caught King Herod's eye. He was 36 years old and married at the time. Mariamne was 17 years old. The relationship developed until they married. Like the time I was in 3rd grade, my imagination ran wild. I wanted to know more. What was Miriamne really like? Why did the King divorce his wife? How did she handle the pressure falling in love with a king who was married and had children? How did the subjects in his kingdom view her? Was this a common practice in that time? It had all the things one could want in a compelling story-intrigue, murder... it had everything," Okun said.

She made the decision to write a novel about that time period when Miriamne and King Herod lived. Okun began to research on a full-time basis. Before she wrote the first word of the book, before she put pen to paper, she spent a good solid year researching the subject. Much of that research time was spent at the Rollins College Library.

"I found the writings of Josephus, who wrote about Miriamne and King Herod 100 years after their deaths. Josephus's revelations were from stories handed down from generation to generation. It's the closest account that exists of that time period. I also discovered that Cleopatra hated King Herod because he was best friends with Marc Anthony. She resented the close relationship Marc Anthony had with his friend the king."

Discoveries like this are throughout the book. How does Okun bring the history alive in a historical fiction novel?

"You have to step into the river," she replied. "You have to think to the best of your imaginational ability what Miriamne would have thought under the circumstances. I had to find my voice, which is her voice, after hours upon hours of research and study. I wrote Miriamne in first person past tense, I combined that with writing King Herod in third person past tense. King Herod was a little more challenging because he was a man and so complex. As an author, you have to find a way to let yourself go in order to put your mind into King Herod's."

It took Okun over eight years to complete the book. 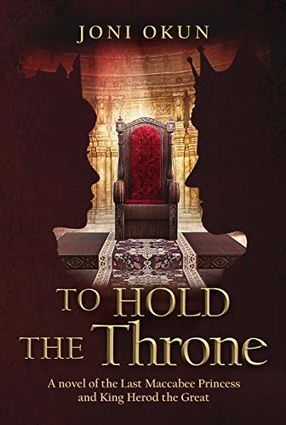 "I was in character... I was in the river so to speak for the entire time I began researching the book until I finished."

She also used in her research The Books of the Maccabees, which is not in the Hebrew Bible but does appear in some manuscripts of the Septuagint.

Since publication in July 2019 she has found surprisingly, many of her sales have been to the Christian community.

Okun has been married to Neil Okun for over 36 years. "My husband has been my biggest fan. He champions my writing."

They have two children and three grandchildren.

Okun's debut novel, "To Hold the Throne," is available on Amazon and Kindle Unlimited.

Okun can be reached for book club and speaking events. Contact her at jsokun@gmail.com.