A Jewish camp in Maine is actually opening 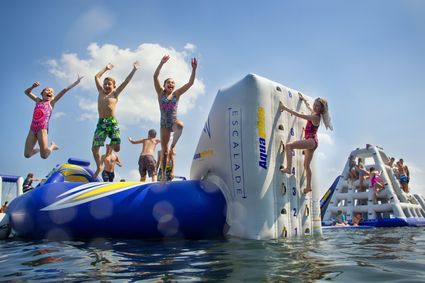 Campers playing on the water at Camp Modin. The camp is perhaps the first Jewish camp in the country to announce, in detail, how it plans to open.

(JTA) - Here's a story that would have been unremarkable until just a few months ago: A Jewish camp is planning to open this summer.

Camp Modin in Maine has announced that it will open July 9 - two weeks later than originally planned - despite the ongoing COVID-19 pandemic. And it has set out a detailed plan to make it happen.

"COVID is something that's going to be with us for the foreseeable future," said Howard Salzberg, the camp's co-director with his wife, Lisa Wulkan Salzberg. "The children have lost in-person learning and they have lost art and they have lost sports and b...