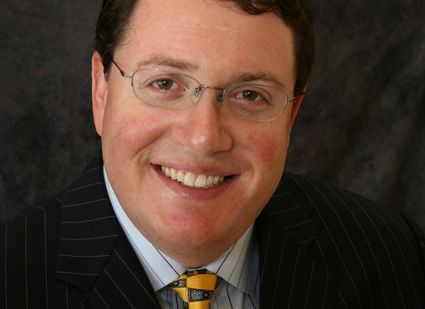 (JNS) - A Republican primary opponent of a sitting Florida state representative has been accused of engaging in anti-Semitism against the incumbent, who is Jewish.

Randy Fine, who represents the Sunshine State's 53rd district and is the only Jewish Republican in the state legislature, has faced ethnic attacks by economist Marcie Adkins and a political consultant for her campaign, Robert Burns.

In March 2019, a fake Facebook page was created called "Randy Fine Not So Fine," trafficking in almost daily unverified allegations against him, including an anti-Semitic meme of Fine and Brevard County Commission chair Bryan Lober, the only other elected Jew at the county level, depicted as insects engaged in indecent behavior.

One post on the site was doctored to steal Lober's identity and make it appear that he was behind the page. Lober filed a police report with the Brevard County Sheriff regarding his stolen identity. Neither Lober nor Fine knew who was behind the page.

On Oct. 10, Fine began receiving threatening text messages from a local cell-phone number he did not recognize. The texts included "[Your week] is about to get worse," "You should be careful where you park your car," "Fat ass piece of s***," "Fake ass Jew," "You ain't a Jew you just Jew-ish."

These messages were forwarded to House Sergeant-at-Arms Russell Hosford, who determined they should be given to the Florida Department of Law Enforcement. He was particularly concerned about the unsolicited references to Fine's religion.

Fine had no idea who sent the messages to him.

Fine is not now, nor has he ever been, under investigation by the FBI or FDLE for anything, and FDLE has made a statement to that effect.

Burns eventually admitted that he was behind the website.

On March 24, Adkins filed her candidacy against Fine in the Aug. 18 Republican primary, stating her reason for doing so was that Fine's constituency deserved "a good Christian," an apparent jab at Fine's Jewish identity.

In what has been perceived as anti-Semitic undertones, she has distributed buttons that read "Vote your faith" and has described her campaign as "The Church against the Casino," an apparent reference to Fine's background as a former gambling-industry executive and to the anti-Semitic trope labeling Jews as money-grabbers.

On May 6, Adkins shared an article Burns had posted on "The Space Coast Rocket." The post elicited numerous nasty comments including one that stated "Send him back to Israel" by a user named Gary Ragsdale.

Adkins apparently received criticism by a number of Jews and removed the comment, but then received pressure from folks who claimed they were promoting "free speech" and made a subsequent statement in which she wrote, "It was wrong to pull it since this is a public page. ... We were also wrong to state 'anti-Semitism will not be tolerated.' That was too strong. People must be free to say what they wish. I also wrote a personal note to Gary Ragsdale and we will put back his anti-Semitic post."

Last week, Adkins referred to Fine as a "pest that must be exterminated."

On her personal page on May 21, Adkins referred to Fine as "Satanic."

"Outright lying about your opponent and harassing their family is beyond the pale and Ms. Adkins and her campaign should be ashamed," said Florida House Speaker José Oliva. "Compounding such outrageous behavior by turning a blind eye to anti-Semitism and bigotry on social media sites you control only further demonstrates why voters should keep Representative Fine."

"Marcie Adkins' anti-Semitic dog whistling is unacceptable. Saying a Republican Jewish politician in Florida is a pest who must be 'exterminated' reflects either staggering ignorance of history or a willingness to traffic in the worst kind of hate. Either way, it is unacceptable," tweeted Florida House Speaker-Designate Chris Sprowls.

Marcie Adkins' anti-Semitic dog whistling is unacceptable. Saying a Republican Jewish politician in Florida is a pest who must be "exterminated" reflects either staggering ignorance of history or a willingness to traffic in the worst kind of hate. Either way, it is unacceptable.

Fine told JNS on Tuesday that the anti-Semitism he's faced from the Adkins campaign has been the worst "as an adult because it's so overt."

He said he has spoken to Shane Strum, chief of staff to Gov. Ron DeSantis, a Republican. Fine declined to elaborate on the conversation, though Fine noted that "he didn't think [the anti-Semitism] was okay, that's for sure."

DeSantis spokesperson Cody McCloud told JNS, "Governor DeSantis has clearly stated that anti-Semitism will not be tolerated in Florida, which is why he signed the bipartisan, anti-Semitism HB 741 into law that was sponsored by Representative Randy Fine. When the governor's chief of staff spoke with Representative Fine regarding these offensive remarks, it was made clear that bigotry and racism has no place in our state-the most Israel-friendly state in the nation."