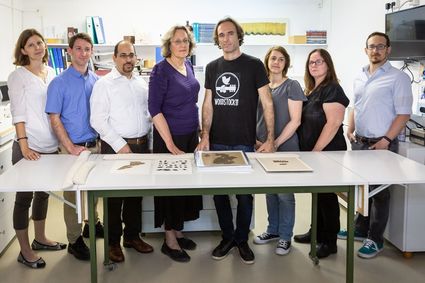 (JNS) - Using DNA technology, Israeli researchers have uncovered new clues about the origins of the Dead Sea Scrolls, providing a new glimpse into Jewish life during the final days of the Second Temple period.

Researchers from Tel Aviv University, led by Professor Oded Rechavi of the George S. Wise Faculty of Life Sciences and Professor Noam Mizrahi of the Department of Biblical Studies-working with colleagues from Sweden's Uppsala University, the Israel Antiquities Authority and Cornell University-have successfully decoded ancient DNA extracted from the animal skins on which the Dead Sea Scrolls were written.

By characterizing the genetic relationships between different scroll fragments, the researchers were able to discern historical connections, including questions over differences in texts found at the caves in Qumran and elsewhere. Containing some of the oldest copies of biblical texts, the Dead Sea Scrolls refers to some some 25,000 fragments of leather and papyrus discovered as early as 1947, mostly in the Qumran caves, but also in other sites in the Judean Desert.

Researchers have long been puzzled over whether or not the works found in the Qumran caves only represent that of a radical sect of Judaism, known as the Essenes, or if they were a collection that reflects the broad cultural milieu of Second Temple Judaism.

"Imagine that Israel is destroyed to the ground, and only one library survives-the library of an isolated, 'extremist' sect: What could we deduce, if anything, from this library about greater Israel?" posed Rechavi.

"To distinguish between scrolls particular to this sect and other scrolls reflecting a more widespread distribution, we sequenced ancient DNA extracted from the animal skins on which some of the manuscripts were inscribed. But sequencing, decoding and comparing 2,000-year old genomes is very challenging, especially since the manuscripts are extremely fragmented and only minimal samples could be obtained."

Nevertheless, one of the most significant findings of this so far indicate that 2,000 years ago, Jewish society was open to parallel circulation of diverse versions of scriptural books. In particular, the discovery that two fragments from the book of Jeremiah were actually made from cow hide, not sheep.

"Two samples were discovered to be made of cow hide, and these happen to belong to two different fragments taken from the book of Jeremiah," said Rechavi. "In the past, one of the cow skin-made fragments was thought to belong to the same scroll as another fragment that we found to be made of sheep skin. The mismatch now officially disproves this theory."

Rechavi further explained that the cowhide versions of Jeremiah were likely not processed in Qumran, but in a different place with more abundant grass and water needed for cow husbandry, thus meaning that scrolls in Qumran could have come from various other locations.

"This finding bears crucial significance, because the cow hide fragments came from two different copies of the book of Jeremiah, reflecting different versions of the book, which stray from the biblical text as we know it today."

Furthermore, the differing versions of Jeremiah may suggest debate within Jewish society over the correct interpretations of the Bible.

"Since late antiquity, there has been almost complete uniformity of the biblical text," said Mizrahi. "A Torah scroll in a synagogue in Kiev would be virtually identical to one in Sydney, down to the letter. By contrast, in Qumran, we find in the very same cave different versions of the same book."

"This fact suggests that the concept of scriptural authority-emanating from the perception of biblical texts as a record of the Divine Word-was different in this period from that which dominated after the destruction of the Second Temple," he said. 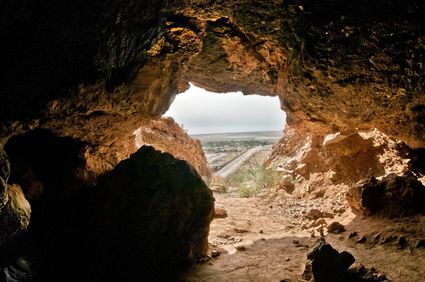 As such, the Jewish people at the time were likely were focused on determining the "correct" interpretation of biblical texts, not its wording or exact linguistic form, suggested Mizrahi.

Moving forward, the researchers said that the clues provided by the DNA analysis of scroll fragments raise additional questions over other locations where scrolls may have originated. One such example is a fragment from the book of Isaiah turned out to be different from other scrolls from Qumran.

"This raises a new curious question: Was this fragment really found in the Qumran caves? Or was it originally found in yet another, still unidentified location?" asked Mizrahi. "This is the nature of scientific research: We solve old puzzles, but then discover new mysteries."