At a time of racial strife, liberal groups file complaints about ZOA 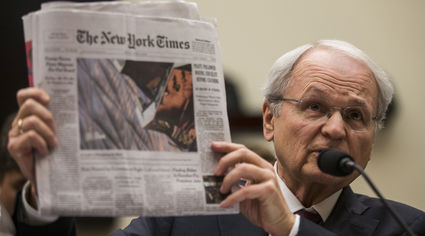 Mort Klein, president of the Zionist Organization of America, testifies before a House Judiciary Committee hearing discussing hate crimes and the rise of white nationalism, April 9, 2019.

WASHINGTON (JTA) - As many Jewish organizations across the United States sent out statements decrying racism over the past week, the head of the Zionist Organization of America took a different approach.

That tweet, expressing anger as others sought to show solidarity with nationwide protests calling for racial justice, could be a turning point for the ZOA's membership in a national c...