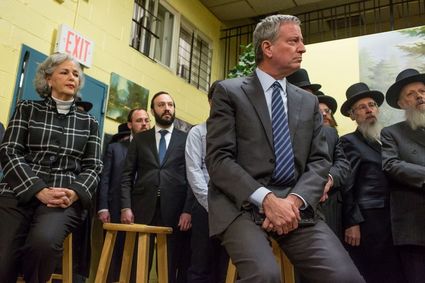 "During the period in which all gatherings were banned, you reportedly sent police officers to break up numerous gatherings of the Jewish community in New York, incl...