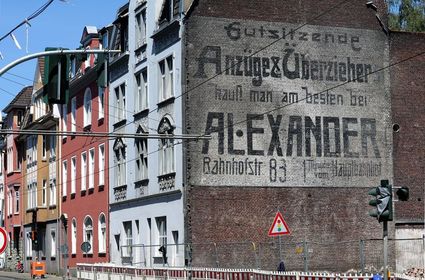 BERLIN (JTA) - In May, a demolition crew tore down a building in the western German city of Gelsenkirchen. As the walls fell, a 110-year-old advertising mural on the adjacent brick wall was exposed.

It read: "For suits and overcoats with a perfect fit, shop at Alexander."

The large Alexander family was Jewish and had moved to Gelsenkirchen around the 1910s from another German city. The Nazis eventually expropriated their businesses and property.

Some family members fled to Brazil. Others made it to the United Kingdom and then to the United States. One brother was captured in exile in Belgiu...