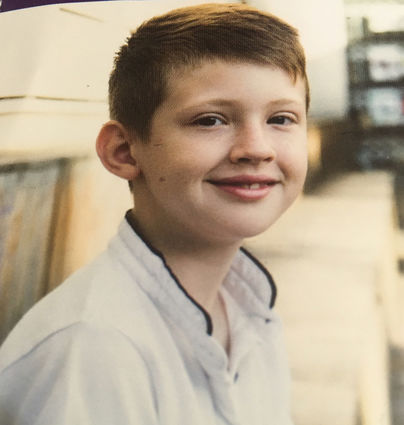 Yevgeny, a young boy from Kiev

I write this column almost 2 weeks in advance, so if this problem is solved correctly, forget I wrote about it:

As the mother of three grown adults and two grown grandchildren, this really isn't my problem directly... but I must say, that if I had young children or grandchildren, I would be very wary of sending them back to school during COVID-19. Just saying!

I've been meaning to phone a dear friend of mine for days, every time I go to the bathroom and remember how her late husband used to make me laugh about folding toilet paper. Each day was filled with other things to do, so about two weeks past without my making that call. When I finally found the time, I was informed that she had past away a while ago. Nobody informed me.

I refer to Lisette Halpern, who I thought of as a dear sister, even though we didn't see much of each other since she moved to Jacksonville quite a while ago.

I considered Lisette and Eddie (a super-fun guy) as family. Eddie died about 6 years ago, one year before my dear spouse, Irv, died.

I knew and loved Lisette's mother and father before they passed as well.

If my maternal grandparents, Dora and George Alicke, didn't leave Odessa when they did, with my Uncle Jack and Aunt Betty, my mom would not have been born in Montreal, Canada, and, as she grew, moved to the United States (Brooklyn, N.Y.) where she met my dad, married and eventually had me. (I hate telling my age but I was born slightly before World War II.)

I will share a story about a man, OVADIA BARUCH, who was born (years before me) in Salonika in 1922 to a family of eight children.

In June 1942, Hitler's racial laws were applied to the Greek Jews and his neighborhood became a ghetto.

On March 15th, 1943, the ghetto residents were ordered to buy one-way train tickets to an unknown destination, and the following morning they were loaded onto cattle cars, 100 per compartment, without food, water or amenities.

Seven days later they arrived at their destination. The doors were flung open, and search lights were thrust into their faces. SS soldiers awaited the passengers shouting, whipping them, and throwing them onto the platform. In the confusion, Ovadia lost his family members and never saw them again.

Ovadia was among a group of young Greek Jewish men who passed Mengale's selection and were taken to Auschwitz to work, but not knowing German, they had difficulty understanding instructions and were constantly beaten.

Due to the hard labor, harsh conditions, and constant torture, only five of the group survived, and it was decided that they should be murdered. However, a young German-speaking Greek prisoner saved them, insisting that their professional skills could be utilized.

During one of his most terrible beatings, having been caught stealing food, Ovadia screamed out in his mother-tongue (Ladino), "Ho, Madre," (Oh, Mother). A young prisoner from Salonika, ALIZA TZARFATI, heard his screams and recognized the language. Ovadia fell in love with the beautiful young woman and for the next three months they exchanged notes. In his final note, Ovadia wrote "If by chance we are released, we will marry."

In January 1945, Ovadia was sent on a death march to Germany, but on May 5, 1945, he was liberated by two American soldiers who brought him to a hospital.

When he returned to Greece that summer, and as other Jews began to return to the city, he was able to locate Aliza. Soon after, they immigrated illegally to Israel (then Palestine) in a fishing boat.

A pro-Israel media watchdog group has plastered an enormous billboard outside the headquarters of the New York Times newspaper that condemns the paper for alleged biased coverage against Israel.

The billboard, put up by The Committee for Accuracy in Middle East Reporting in America, reads "The New York Times" in the paper's signature font with the message, "At it again: Defaming Israel with distorted news."

Forced to become another religion...

Yevgeny is a non-Jewish student enrolled at ORT Educational Complex #141 in Kiev, Ukraine. He grew so enamored by the Shabbat and holiday observances at school that he went home one Friday and asked his mother to light Shabbat candles. She replied, "We don't light candles. We are not Jewish." However, he loved the Jewish traditions he saw at school so much that he kept asking her, week after week. Every week, his mother refused saying they weren't Jewish.

One week, his grandmother overheard the conversation. She quietly walked out of the room and when she returned she was holding her grandmother's candlesticks in her hands. She then showed them to her surprised family. "Actually we are Jewish," she said! Yevgeny and his family were introduced back to their Jewish roots.

(This story made me cry.)

How does one spell "mensch"? I know, DALE DANUFF! 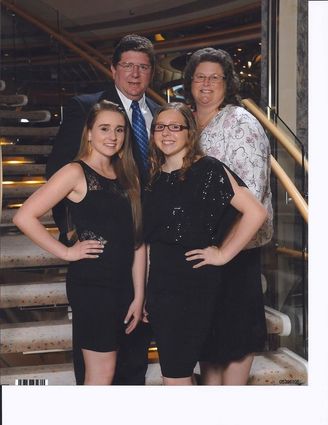 Why not spend an afternoon in Masada! (I already did some years ago with my spouse. But I'm interested in this virtual visit): On Thursday, Aug. 6 at 5 p.m., pack a bag and join in as folks embark on an unforgettable trip to Masada! It's often described as being in the middle of nowhere, yet people come from all over the world to experience this "must see" destination in Israel. But this is much more than a mere sightseeing tour! You'll also learn some cool "insider" info about Masada from our professional tour guide, ROTEM SHAHAR, whose deep knowledge of all things Israel makes every stop on the tour a rich learning experience. The cost is $18 ($15 for JCC members) Phone the JCC at 407-5933 for details.

A Jewish gangster escapes from a shoot-out with the police and staggers into his mother's apartment on the Lower East Side of Manhattan, New York. Near death and with a gaping wound in his chest, he gasps, "Ma, I've been shot."

(I don't see anything wrong in what she said, do you?)