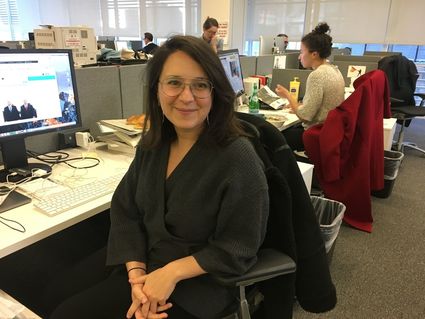 Bari Weiss in The New York Times newsroom in 2018.

(JTA) - Bari Weiss, the Jewish opinion writer and editor who has been a lightning rod for left-wing critics, has resigned from The New York Times.

The author of a much-discussed recent book on anti-Semitism, Weiss announced her resignation in a blistering letter to New York Times publisher A.G. Sulzberger posted to her website Tuesday morning. She wrote that the newspaper had become a place where "intellectual curiosity - let alone risk-taking - is now a liability" and said she had been subjected to bullying from colleagues who disagreed with the ideas she advanced in her columns and on Twi...