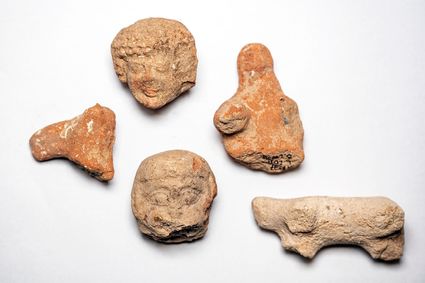 Clay figurines of women and animals found at the Armona excavation site in Jerusalem, July 2020.

(JNS) - In excavations in Jerusalem near the U.S. embassy conducted by the Israel Antiquities Authority, more than 120 of some of the largest and most important collections of seal impressions stamped on jars were discovered, revealing information into tax collection in the period of the Judean monarchs some 2,700 years ago.

The impressions were stamped with the letters "LMLK" - meaning "to the King" - and were written in ancient Hebrew script, along with the name of the ancient city in the Kingdom of Judah.

The excavations are funded by the Israel Land Authority and administrated by the Mo...