It's Moira for tax collector 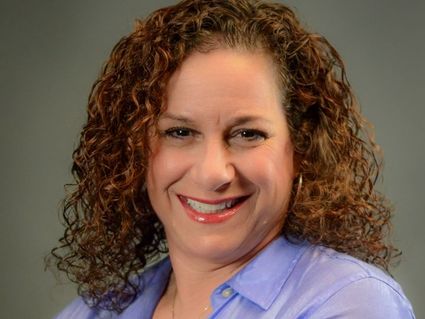 "This is the bravest thing I've ever done," she told Heritage. "I'm stepping off that cliff and hope to leave this place better than I found it."

"I've spent my professional lifetime listening to our community - listening and interviewing people and keeping my eye on the issues in Seminole County, with the understanding that many people feel like they have never had a voice," Dictor said in an interview with The Seminole Source, a local, independent online news site for Seminole County.

For those who vote the party line on election day, don't let the fact that Lynn "Moira" Dictor is a Democrat keep anyone from choosing her for Seminole County Tax Collector on the election ballot. Actually, the position of tax collector has nothing to do with politics, but everything to do with knowing how to keep a clean, streamlined and efficient budget. Dictor knows how to do that. In fact, she has been keeping tallies on the last four budgets pushed through by Joel Greenberg and she found a lot of wasteful spending. What is needed, she believes, is an audit. "Get the audit done, and we will start with a fresh face," she said.

Dictor shared that the greatest challenge she foresees will be the budget crunch that will affect the Seminole County Tax Collector's office next year. "I will inherit a budget from the current incumbent and I've already started going over the budgets to identify and plan to eliminate all the wasteful spending," said Dictor.

In reviewing the budgets, Dictor discovered a lot of money wastefully going to friends, family and for personal benefit. "That's gotta go!" she stated firmly.

"It is so important now, more than ever, to bring transparency, ethics and accessibility back to the Tax Collector's office," she said.

Dictor's No. 1 goal is to bring efficient, improved technology and customer service to the residents of Seminole County. No more long waits at the Tax Collector's office to get your hunting, fishing, driver's licenses or paying property taxes. "One of the best-kept secrets is to make an appointment by calling or going online to shorten the wait," Dictor said almost as a side note.

Dictor graduated with a Bachelor of Science degree in Broadcast Journalism and a minor in Economics from Syracuse University on an academic scholarship. She has been on the airwaves for 36 years, first doing a small news reporting bit with a very Brooklyn-Yiddish accent on Real Radio 104.1. Her small bit segued into a large role on the Philips Phile as an anchor, and later as a news director and talk show host. Her years on the radio have given her a unique perspective on local, state and national politics. And she is still accessible to the community via her "Moira's Couch Chat," (https://www.facebook.com/MoiraDictor), where she sits on her couch and welcomes people to discuss her campaign, trivia and answer any questions residents might have. Tune in at 4:30 p.m. daily.

Dictor also knows what it is like to struggle financially in Seminole County. As a single mom, she raised two (now adult) daughters who were educated in Seminole County Public Schools, graduating from Seminole High School. Dictor is very proud of them, sharing that the oldest one is a mental health therapist living in Washington, D.C., and the younger one lives in Atlanta and works at Insight Global - an industry leader for IT, Accounting and Finance, Engineering, and Government staffing and managed services.

"They turned out to be great people - independent, politically aware, strong women."

There haven't been a lot of women serving as tax collectors and Dictor questions that. "Who better than a woman to manage money?" she asked. "We stretch the budget at home. Women are smart, organized, and good managers of people and money!"

While she was on the Phillips Files, she met and married her husband, Wayne, who is on the boards for the Orlando Fringe Festival, CrimeLine, and the Orlando Gay Chorus.

Dictor is on the Board of Directors for A Gift for Teaching, has been a board member of The Roth Family JCC, local president and national board member of Women's American Ort, and was awarded the 2019 Harvey Milk Ally award from The LGBTQ+ Center that serves Seminole, Orange and Osceola Counties, for her involvement with the LGBTQ+ community.

The Dictors are members of the Congregation of Reform Judaism, where she served as president of the board from 2012-2014. "CRJ is a big part of our lives," she said, adding that Rabbi Engel married her and Wayne and both daughters were bat mitzvahed by Rabbi Halperin and Cantor Dworkin. At 2 p.m. on the day of this interview, Dictor was heading over to CRJ to tape her Aliyah for Yom Kippur on Zoom. "I've done the same Torah portion for 33 years and this year I am recording the Torah portion [due to Covid]," she said proudly.

Perhaps one of the driving forces that caused her to run for Tax Collector is a quote by Martin Luther King, Jr .: "Life's most persistent and urgent question is, 'what are you doing for others?'"

What better way to help others than by being responsible for their hard-earned dollars. Dictor plans to make sure she runs a tight ship and all saved money is turned over to the County Commission.