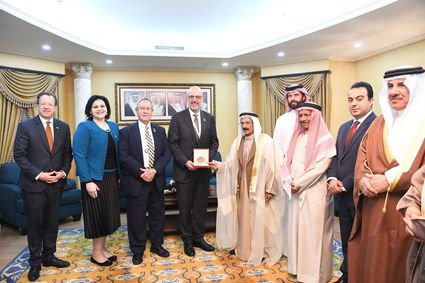 (JTA) - Ebrahim Dahood Nonoo, the leader of Bahrain's tiny Jewish community, was among the Gulf country's approximately 50 Jews who thought peace with Israel would never arrive "in our lifetimes."

"It just didn't seem possible," Nonoo told the Jewish Telegraphic Agency from Manama, the capital city where he lives with his wife.

Tuesday's signing of the agreements called the Abraham Accords is expected to open up routes for collaboration, trade and travel between Bahrain and Israel, which had all been restricted. It will have a significant impact on Bahrain's Jews, many of whom have relative...