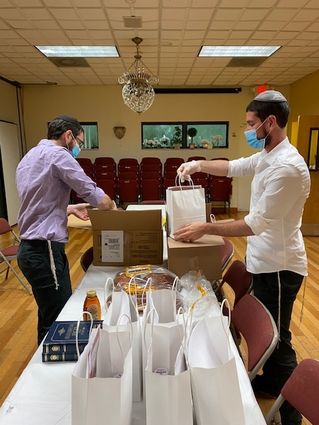 This year the National Basketball Association was in mid-season when COVID-19 hit. On March 11 NBA announced the suspension of the 2019–20 season putting the whole sport on lockdown. Several months later they came up with a solution for continuing the season.

The 2020 NBA Bubble, also referred to as the Orlando Bubble, became the isolation zone at ESPN Wide World of Sports in Orlando, which was created by the NBA to protect its players from the COVID-19 pandemic during the final eight games of the 2019–20 regular season and throughout the 2020 NBA playoffs.

Days before the Jewish New Year of Rosh Hashanah, the NBA was approached by many of NBA's staff and team members expressing interest in observing this year's Rosh Hashanah Holiday in the bubble. The NBA was eager to find a way to accommodate their teams and staff despite the limited amount of resources or community access in their "bubble" midst.

With limited time and options, the NBA reached out to Chabad of Greater Orlando to help provide them with all their Rosh Hashanah needs. Chabad responded immediately by preparing and providing all the meals and essentials necessary to give the teams and staff an enjoyable and meaningful Holiday.

Rabbi Sholom B. Dubov, executive director of Chabad of Greater Orlando, stated, "We are proud that the NBA put its trust in Chabad knowing that we will provide for their High Holiday needs in a way that would not only be spiritually enriching but also hygienically and safely prepared with the highest standards during these unprecedented times."

On Friday, Sept. 18, on the eve of Rosh Hashanah just a few hours before sundown Chabad successfully made their way to the exclusive bubble and made it happen. 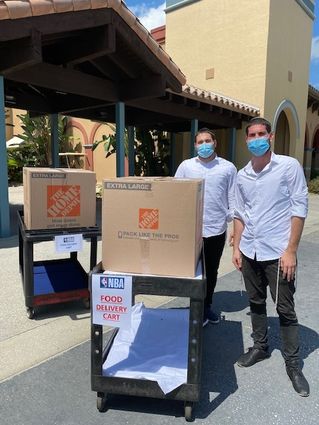 Chabad of Greater Orlando has had strong ties with the NBA for the last five years since they've hosted the annual Jewish Heritage Night with the Orlando Magic each year on Chanukah. This past year was the most successful year yet with a Menorah lighting at halftime on Center Court with a record number of 1100 Jewish community members who all gathered to be at the game showing their support for the Jewish community and celebrating Chanukah all at the same time. The 20,000 fans from all walks of life who were present at that game also witnessed this great spectacle when Jeff Weltman, president of the Orlando Magic lit the menorah. Local news stations covered this historic event and it was broadcasted on all the local news networks as the largest Menorah lighting in Central Florida history.

"There is no better place to promote the message of Chanukah than inside the Amway Center, one of the largest entertainment venues in Orlando," said Dovid Dubov, JHN chairman and program director for Chabad of Greater Orlando. "Chabad is known to reach out to all regardless of affiliation background or level of observance and be there in whatever capacity possible," Dovid added.