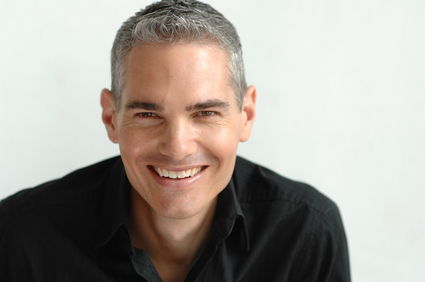 Laughing has been an important part of Judaism since biblical times.

Abraham and Sarah, were not able to have children. When G‑d's messenger gave the elderly couple the happy news, they both laughed. Because of this laughter, the heir to Judaism and the first Jewish child ever born was named Yitzchak (Isaac), which means "laugh."

The history of Jewish merrymaking does not end in the Bible. We find in Talmudic times  the account of how a great sage, Rabbah, used to begin each of his lessons with a joke.

Another fascinating story involves Rav Beroka, a Talmudic sage, who was surveying the scene in a marketplace together with the prophet Elijah. He asked the prophet, "Who in this marketplace is deserving of olam haba [the world to come]?" Elijah pointed out two individuals who seemed quite ordinary to Rav Beroka. Curious to hear what they did to earn this remarkable reward, he questioned them. "We are comedians," they told him. They related that in addition to entertaining people with their jokes, they would cheer up people who had quarreled. When the parties were happier, it was easier to make peace among them.

This tradition and emphasis on joy and laughter continues to this day with the disproportionate Jewish representation in comedy and showbiz.

So if you ever wondered why there are so many Jewish Comedians, perhaps the answer may be the Jewish emphasis on Simcha - joy as the name of the first Jewish child, or maybe it is the ability of laughter to bring people together, or maybe it is its magic to open the mind to study Torah.

But perhaps it may be a coping mechanism, with everything the Jewish people have gone through, being able to laugh and joke would have been very important.

With all going on in the world today, more than ever, we need to laugh and need to find a way to get together.

How do you keep people connected and laughing together when they're not even allowed to be in the same room?

As part of their monthly zoom series "Physically Apart - Emotionally Together" Chabads of North and Greater Orlando will be hosting world famous Jewish Comedian Joel Chasnof on Nov. 29 at 10 a.m.

Since the start of the pandemic, Chasnof has performed more than 50 shows on Zoom.

"We are honored to be hosting this world class entertainer to bring smiles to the Orlando Jewish community" said Chanshy Majesky, co-director of Chabad North Orlando.

Chasnof is a former IDF combat soldier and author of the comedic memoir The 188th Crybaby Brigade, about his service in the Israeli Army. He has performed on stage and screen in nine countries, including two off-Broadway shows, a USO comedy tour of Japan and Korea, more than 1,000 Jewish events in North America and Europe, and Israeli late-night TV. 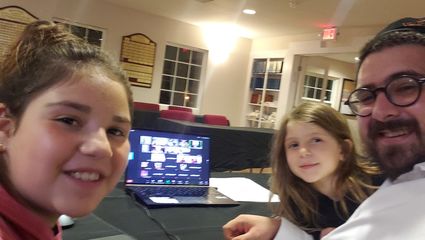 Rabbi Yanky Majesky with his daughters Chaya and Breina at the last monthly zoom event.

"Our first zoom event of this series with survivor Dr. Eisenbach was very well attended and all who joined really enjoyed it. It was important for us to cry together at the last event hearing the Holocaust stories first hand but we are now looking forward to laughing together with Comedian Joel Chasnof" said Rabbi Tzviki Dubov of Chabad Greater Orlando.

Other guest speakers on the monthly zoom program will include the story of Chabad in Ghana with Rabbi Noach & Alti Majesky, Nazi Hunter Efraim Zuroff, Genie Milgrom who was raised Catholic but was able to trace her maternal line 15 generations back to Jewish Conversos in Sapin and many other captivating, and educational speakers and lectures.

Tickets can be purchased for an individual program for $10.

Zoom ID and password will be provided upon registration