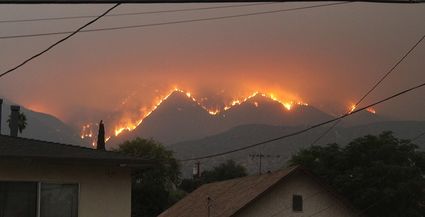 (Israel21c via JNS) — Ten Israeli firefighters flew to California on Aug. 30. Over the course of 15 days of exhausting, dangerous work, they became a battalion of brothers with their California colleagues.

“During the time we spent with these Israelis who came to help us, we became much more than coworkers. We bonded with them as part of our firefighting family,” said Chief Scott Lindgren of the Amador-El Dorado Unit of California’s Department of Forestry and Fire Protection (Cal Fire).

“They became part of our team and it was hard to see them go. We worked hard, we had some fun...