Jews in the Land of Disney: For Charlene Neely, digging into genealogy uncovered her rich Jewish heritage 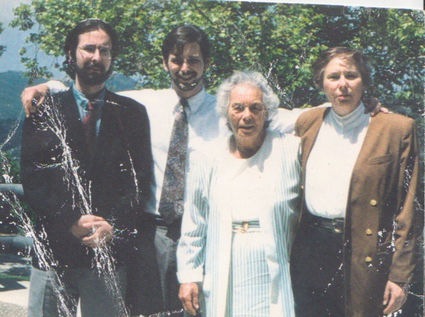 Charlene Neely (far right) with her sons, Joshua (l) and Seth, the day her mother returned after the Bet Din.

One side of Charlene Neely's family settled in New Mexico in 1590. The other side settled there in 1680.

"Both grandparents were Roman Catholic and although we were Hispanic, we didn't have the physical characteristics of what was common in the Southwest. We spoke Spanish, but I had cousins who had blue eyes and blonde hair, or green eyes with auburn hair," said Neely, mother of Rabbi Joshua Neely.

Her grandmother, Mary Teresa Gallegos, was a practicing Roman Catholic, who went to church frequently, however, Neely remembers that she lit candles on Friday evenings in her bedroom. Her family...