Jews in the Land of Disney: A diverse career path brought Keith Dvorchik to the Federation 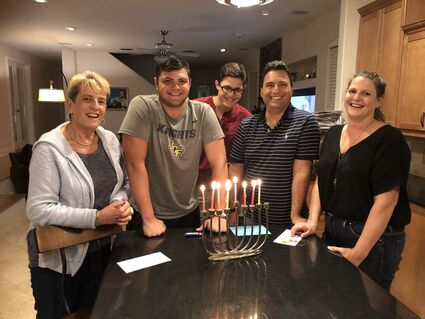 From the time Keith Dvorchik was a young boy, he has moved no less than eight times and has had a variety of careers all of which prepared him for his job as CEO of The Roth Family JCC and executive director of The Jewish Federation of Greater Orlando.

"When I was four or five years old, my parents moved from Gainesville, Fla., to Hummelstown, a small town near Hershey, Pennsylvania. A year later we moved to the eastern shore of the Susquehanna River in Harrisburg, Pennsylvania, where I spent my formative years through 10th grade when we moved to Philadelphia where I graduated high school," said Dvorchik.

After high school, Dvorchik attended Penn State University main campus, in State College, where he received his undergraduate degree in accounting. After graduation he began working in a mid-size accounting firm in Washington, D.C., where he lived and worked for a year. Sitting at his desk at the accounting firm, crunching numbers and pushing paper, he realized that he needed something more hands on, and wanted to spend his life's work helping people.

Dvorchik went back to Penn State, where he received his master's degree in rehabilitation counseling with a sub-specialization in substance abuse. He interned at the University of Florida, where he worked at the UF Counseling Center doing research and getting published with a UF professor. After graduation, he worked at the Gainesville Drug Treatment Center, a minimum-security prison, offering substance abuse treatment to addicted inmates.

After a year, he moved to the Psychology Department at Union Correctional Institution in Raiford, Fla., working as a psychological specialist. Dvorchik worked with prisoners in solitary confinement who had mental health issues. "After my stint in Solitary, I moved to the Transitional Care Unit working with patients that had severe mental illnesses. During my time at UCI, I also covered for the mental health worker who was assigned to the Death Row inmates, when she called in sick or went on vacation," he said.

"It was a great experience. Working in mental health, I had the opportunity to use what I learned in school and develop my skills working with some fascinating cases. I have stories to tell, and someday I may write a book about it, however, working in an environment where bars closed behind you, multiple times a day was exhausting. I worked with murderers, rapists - criminals of all kinds. I learned a valuable lesson working in prison and that was to never make a promise that you couldn't keep. It would only take once, but if you didn't keep your promises, you would never be trusted again. I've lived by my word in everything that I do," Dvorchik said.

After three years Dvorchik left the prison system. It took him over six months to decompress, to feel human again. During this time, he took a job at an inpatient adolescent psychiatric program. After feeling ready to re-enter society, he began working with HRS (now DCF) doing evaluations on families for reunification, recommendations for interventions or removing children from their homes. He also worked as the lead therapist at an adolescent sex offender treatment program.

While working in mental health, he met his wife, Alison. "We were at a staff training together and I had asked her to go out to lunch. She told me she was busy so I left her alone. We kept running into each other and eventually about six months later she asked me out!"

They've been married for over 22 years and have two sons, of whom Dvorchik is very proud: Evan, a junior at the University of Central Florida, and Matthew, a senior in high school.

In a dramatic turn in his career, Dvorchik landed a job as assistant director of Hillel at the University of Florida.

"A year and a half into my tenure at Hillel, the Florida Hillel Council leadership believed that I would be better with the administrative role and that the rabbi who was the executive director would be much better focusing on being the rabbi and spiritual leader for UF students. We worked as partners to enhance Jewish life at UF and together had a great impact. To this day, he is one of my favorite rabbis."

After 15 years at UF Hillel, Dvorchik accepted the position of president and CEO at the Jewish Federation of Greater Seattle.

"I was brought in to ask the really hard questions such as 'Why do we exist?' I believe the Federation's purpose is simply to take care of the needs of the Jewish community. Time, however, brings about change, and the needs of our Jewish community are changing all the time. We have to be fully aware of the community's needs and adjust accordingly," Dvorchik said.

Three years in, they were missing their family back east. The position of executive director of The Roth Family JCC of Greater Orlando became available. Dvorchik interviewed and accepted the job, moving to the area in 2016.

The third day on the job, Hurricane Matthew threatened the area. In January 2017, three bomb threats were called into the campus. This impacted the JCC revenue as 52 children were withdrawn from The Richard S. Adler Early Childhood Learning Center, resulting in over $500,000 in lost revenue. Then at the end of the year, Central Florida was hit with Hurricane Irma.

Once things settled down, Dvorchik dug into the business model, reevaluated programming and steadied the ship. In January 2019, JFGO and The Roth Family JCC signed a memorandum of understanding to work together and share resources. As part of this process, Dvorchik was offered and accepted the position of executive director of the Jewish Federation in addition to his role as the CEO of the JCC. The questions Dvorchik asked in Seattle he has been asking here, "Why does the Federation exist? Should we continue to exist, and are we filling the needs of the Jewish Community?" The answer is a resounding yes, Dvorchik said. He's been managing the Federation and JCC through the Covid-19 crises, providing resources and guidance to the Jewish agencies and synagogues in Orlando. Currently the Federation is working with The Cohen Center of Modern Judaism at Brandeis University to complete an extensive evaluation of the Orlando Jewish Community. The results should be available in Fall 2021.

"Once the study is completed, the information we gather will enable us to identify what our community's needs are, and we'll adjust accordingly. The data belongs to the community and our Jewish agencies and synagogues will be able to use this data to better serve the Central Florida Jewish community." 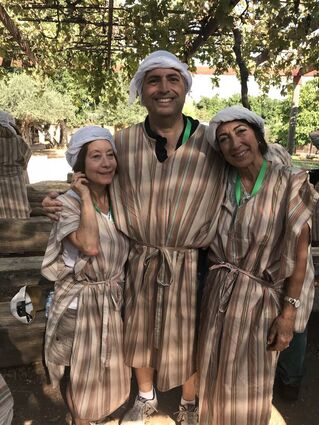 Since the MOU was signed in January 2018, the Jewish Federation and The Roth Family JCC have continued to work toward an eventual merger. The idea would be to consolidate management, have more effective uses for human resources, and to be able to streamline systems and lower overall cost of operations to better serve the needs of Jewish Orlando. This has been done in many communities in the U.S., including nearby Tampa, with great results.

At 52 (he just had a birthday), Dvorchik has had an interesting and full professional career. His work early on allowed him to define what he truly wanted to do. Working in the prison system with some of the most hardcore criminals, gave him the human experience few get in their lifetimes. It honed his discipline and defined his need to help people, which he continues to do as the CEO of The Roth Family JCC and the executive director of the Jewish Federation.