The faces of forgiveness in the wake of terror 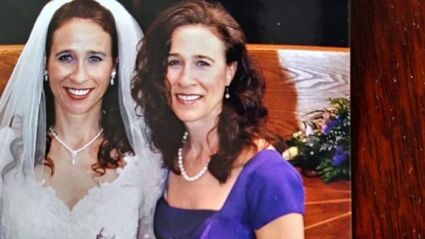 Kathleen Luken in her wedding dress with her twin sister, Kristine. This was the last time the sisters saw each other.

Ten years ago, two Palestinian Arabs lay in prey on a pristine hiking trail on the slopes of the Judean mountains outside Jerusalem. Unlike terrorists who blow up buses, cafes, or attack civilians on the street, these men waited for their victims to come to them, knowing that on the beautiful sunny Shabbat day, people would flock to this well-known area.

Two women, good friends, happened upon the terrorists in hiding, and became their victims. They were bound and gagged. The terrorists plotted in Arabic, though they were armed with knives that were the tools of their premeditated plan. Kay...