Israel will have new election in March - fourth in two years 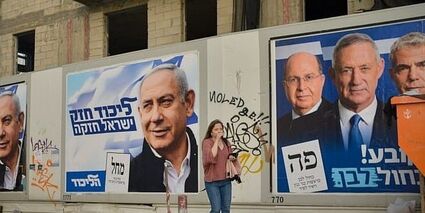 (JTA & JNS) - Israel's Knesset, or parliament, dissolved Tuesday night after failing to pass the 2020 budget, triggering the need for a new election.

The exact date could change through a government vote. However, since a new election must take place three months after the collapse of the Knesset, the next round is scheduled for March 23.

The election will be Israel's fourth in two years.

The move came after weeks of infighting and paralysis amid the so-called unity government that was formed last spring by Israeli Prime Minister Benjamin Netanyahu of the Likud Party and Defense Ministe...