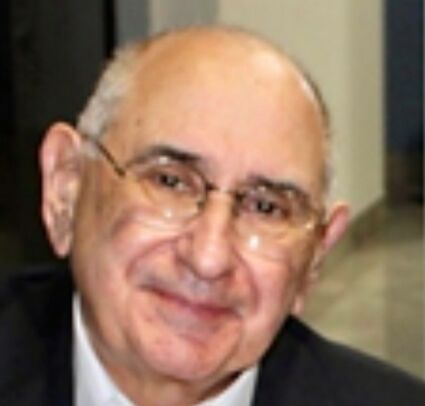 Joel Rubin, age 81, of Heathrow, passed away on Dec. 31, 2020, at Advent-Health Altamonte Springs after a prolonged illness.

Joel was born in Brooklyn, New York, on July 28, 1939, the youngest of the three children of Harry Rubin and Rose Balansky Rubin. He and his family moved to Long Beach, N.Y., when he was 13. Joel went on to study at CW Post, NYU and St. John's University earning a master's and Ph.D. in American literature and a second master's degree in Russian literature. He also served in the U.S. Army where he worked at the Defense Language Institute at the Presidio of Monterrey, Calif. Joel had two full time careers he was passionate about: he taught English and computer science at Jamaica High School in Queens, N.Y., for over 30 years and he also worked for U.S. Customs at JFK International airport for 26 years, first as an inspector and later as an information management specialist.

In 1967, Joel married Paula Emanuel, his wife of over 53 years who survives him. They lived in Bayside and Dix Hills in New York, and in 1998 relocated to the Orlando area where they joined Congregation Ohev Shalom.

In their retirement, Joel and Paula traveled extensively. A lifelong learner, Joel also spent his retired years learning Spanish, playing bridge and was a popular lecturer at the University Club.

Along with his beloved wife, Joel is survived by his daughter and son-in-law, Ilene and Zane Hellman of Massapequa, N.Y .; his son and daughter-in-law, Gregory and Nicole Rubin of Commack, N.Y .; and his four grandchildren - Harrison, Jackson, Nathan and Rachel; his sister, Frieda Supraner of Longwood, Fla .; many nieces, nephews and his many devoted friends. He was predeceased by his brother, Abraham.

A graveside service and interment were on Jan. 5, 2021, at New Montefiore Cemetery in West Babylon, N.Y., with Rabbi Daniel Bar-Nahum officiating.

Donations in his memory can be made to the Wounded Warrior Project, (www.woundedwarriorsproject.org/donate), Jewish Family Services of Orlando (www.jfsorlando.org) and Chabad of North Orlando.

"A learned man has always riches in himself" - Phaedrus