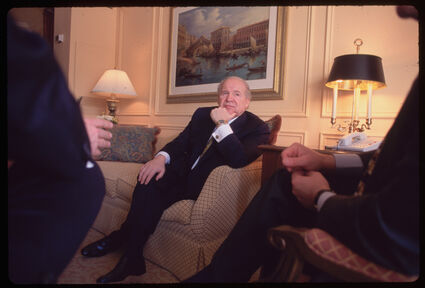 Sheldon Adelson in Las Vegas in 1998.

The Jewish world has lost one of its most prolific funders with the passing of Sheldon Adelson, whose business empire spanned continents and whose $35 billion personal fortune ranked him #38 on the Forbes list worldwide.

At times outspoken and controversial, Adelson, age 87, had been receiving treatment for non-Hodgkin's lymphoma.

Though Jews are disproportionately generous in charitable giving, less than 10 percent of Jewish mega-donations go to Jewish or Israeli causes.

Sheldon Adelson broke that mold. Together with his wife Miriam, the Adelson Family Charitable Trust donates...