Iran positions 'suicide drones' in Yemen, within range of Israel 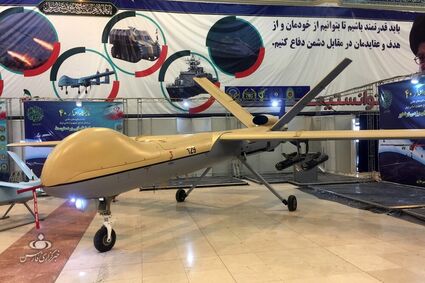 (Israel Hayom via JNS) - As tensions escalate in the Red Sea region, Iran has sent several Shahed-136 loitering munitions, known as "suicide drones," to its proxies in Yemen, Newsweek reported on Thursday.

According to the report, satellite footage from Dec. 25 shows that Iran's Islamic Revolutionary Guard Corps sent the drones to the Al-Jawf province in northern Yemen, an area controlled by the Houthi rebels. These drones are capable of reaching destinations 2,200 kilometers (1,400 miles) away and can therefore reach Israel.

Meanwhile, the Iranian army is conducting naval exercises in th...