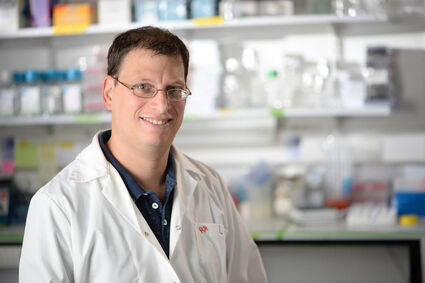 By the time Barbara Goodman was diagnosed with Stage IV pancreatic cancer in October 2001, there were already 30 tumors in her liver.

"We knew we were in for a pretty tough battle," recalled her husband, Kenneth Goodman, then president of New York-based Forest Laboratories, a pharmaceutical company. "But I had an entire research organization I could draw upon."

Nevertheless, nine months after her diagnosis, Barbara died. She was only 51, far younger than usual for pancreatic cancer patients, who are diagnosed, on average, at 70.

In his wife's memory, Kenneth established the Barbara S. Goodm...